Counter-Narratives from Nag Hammadi and Beyond 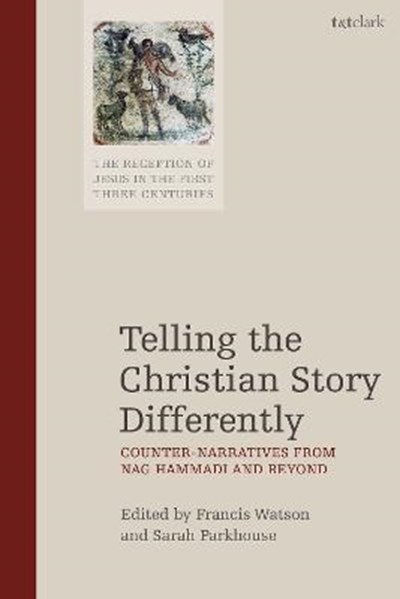 Counter-Narratives from Nag Hammadi and Beyond

eBook FAQ
Add to Basket
Publisher: Bloomsbury Publishing PLC
ISBN: 9780567679529
Number of Pages: 208
Published: 23/07/2020
Width: 15.6 cm
Height: 23.4 cm
Description Author Information Reviews
This volume examines the 'counter-narratives' of the core Christian story, proposed by texts from Nag Hammadi and elsewhere. A noteworthy body of highly respected scholars examine material that is sometimes difficult and often overlooked, contributing to the ongoing effort to integrate Nag Hammadi and related literature into the mainstream of New Testament and early Christian studies. By retracing the major elements of the Christian story in sequence, they are able to discuss how and why each aspect was disputed on inner-Christian grounds, and to reflect on the different accounts of Christian identity underlying these disputes. Together the essays in this book address a central issue: towards the end of the second century, Irenaeus could claim that the overwhelming majority of Christians throughout the world were agreed on a version of the core Christian story which is still recognisable today. Yet, as Irenaeus concedes and as the Nag Hammadi texts have confirmed, there were many who wished to tell the core Christian story differently. Those who criticized and rejected the standard story did so not because they were adherents of another religion, 'Gnosticism', but because they were Christians who believed that the standard account was wrong at point after point. Ranging from the Gospels of Judas and Mary to Galatians and Ptolemy's Letter to Flora, this volume provides a fascinating analysis of how the Christian story as we know it today developed against counter-readings from other early Christian traditions.

Francis Watson holds a Research Chair in Early Christian Literature in the Department of Theology and Religion at Durham University, UK. Sarah Parkhouse is a Research Fellow at Australian Catholic University, Melbourne, Australia.