T&T Clark Handbook of Christian Theology and the Modern Sciences 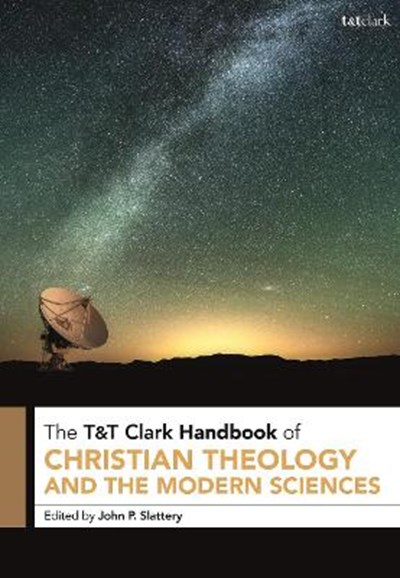 T&T Clark Handbook of Christian Theology and the Modern Sciences

eBook FAQ
Add to Basket
Publisher: Bloomsbury Publishing PLC
ISBN: 9780567680426
Number of Pages: 384
Published: 01/10/2020
Width: 16.9 cm
Height: 24.4 cm
Description Author Information Reviews
This handbook surveys the many relationships between scientific studies of the world around us and Christian concepts of the Divine from the ancient Greeks to modern ecotheology. From Augustine to Hildegard of Bingen, Genesis to Frederick Douglass, and physics to sociology, this volume opens the intersections of Christian theology and science to new concepts, voices, and futures. The central goal of the handbook is to bring new perspectives to the foreground of Christian theological engagement with science, and to highlight the many engagements today that are not often identified as 'science-theology' discussions. The handbook thus includes several aspects not found in previous handbooks on the same topic: significant representation from the three major branches of Christianity-Orthodox, Roman Catholic, and Protestant; multiple essays on areas of modern science not traditionally part of the "theology and science" dialogue, such as discussions of race, medicine, and sociology; a collection of essays on historical theologians' approaches to nature and science. T&T Clark Handbook to Christian Theology and the Modern Sciences is divided into 3 sections: historical explorations, encompassing a eleven chapters from Aristotle to Frederick Douglass; Catholic, Protestant, and Orthodox surveys of theology-science scholarship in the 20th and 21st centuries; and ten explorations in Christian theology today, from Einsteinian physics to decolonial sociology. The 24 chapters than span the volume offer the reader, whether scholar, student, or layperson, an essential resource for any future conversations around science and Christian theology.

John P. Slattery is Senior Program Associate with the Dialogue on the Science, Ethics, and Religion Program of the American Association for the Advancement of Science in Washington, DC, USA