Memory, Imitation and the Farrer Hypothesis 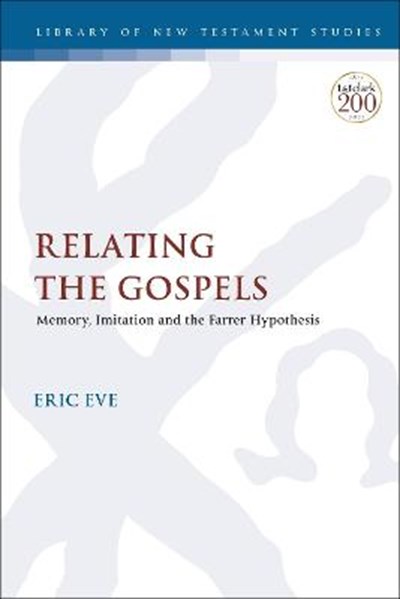 Memory, Imitation and the Farrer Hypothesis

eBook FAQ
Add to Basket
Publisher: Bloomsbury Publishing PLC
ISBN: 9780567681102
Number of Pages: 240
Published: 11/02/2021
Width: 15.6 cm
Height: 23.4 cm
Description Author Information Reviews
This volume examines the synoptic problem and argues that the similarities between the gospels of Matthew and Luke outweigh the objections commonly raised against the theory that Luke used the text of Matthew in composing his gospel. While agreeing with scholars who suggests that memory played a leading role in ancient source-utilization, Eric Eve argues for a more flexible understanding of memory, which would both explain Luke's access of Matthew's double tradition material out of the sequence in which it appears in Matthew, and suggest that Luke may have been more influenced by Matthew's order than appears on the surface. Eve also considers the widespread ancient practice of literary imitation as another mode of source utilization the Evangelists, particularly Luke, could have employed, and argues that Luke's Gospel should be seen in part as an emulation of Matthew's. Within this enlarged understanding of how ancient authors could utilize their sources, Luke's proposed use of Matthew alongside Mark becomes entirely plausible, and Eve concludes that the Farrer Hypothesis of Matthew using Mark, and Luke consequently using both gospels, to be the most likely solution to the Synoptic Problem.