First-Degree Incest and the Hebrew Bible

Sex in the Family 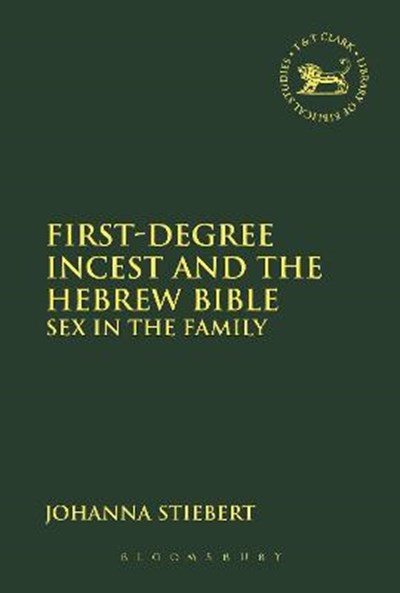 First-Degree Incest and the Hebrew Bible

Sex in the Family

eBook FAQ
Add to Basket
Publisher: Bloomsbury Publishing PLC
ISBN: 9780567681232
Number of Pages: 256
Published: 19/04/2018
Width: 15.6 cm
Height: 23.4 cm
Description Author Information Reviews
'Incest' refers to illegal sexual relations between family members. Its precise contours, however, are culturally specific. Hence, an illegal incestuous union in one social context may be a legal close-kin union in another. First-degree sexual unions, between a parent and child, or between siblings, are most widely prohibited and abhorred. This book discusses all overt and covert first-degree incest relations in the Hebrew Bible and also probes the significance of gaps and what these imply about projected sexual and social values. As the dominant opinion on the origin of first-degree incest continues to be shaped, new voices such as those of queer and post-feminist criticism have joined the conversation. It navigates not only the incest laws of Leviticus and the narratives of Lot and his daughters and of Amnon and Tamar but pursues subtler intimations of first-degree sexual unions, such as between Adam and his (absent but arguably implied) mother, Haran and Terah's wife, Ham and Noah. In pursuing the psycho-social values that may be drawn from the Hebrew Bible regarding first-degree incest, this book will provide a thorough review of incest studies from the early 20th century onward and explain and assess the contribution of very recent critical approaches from queer and post-feminist perspectives.