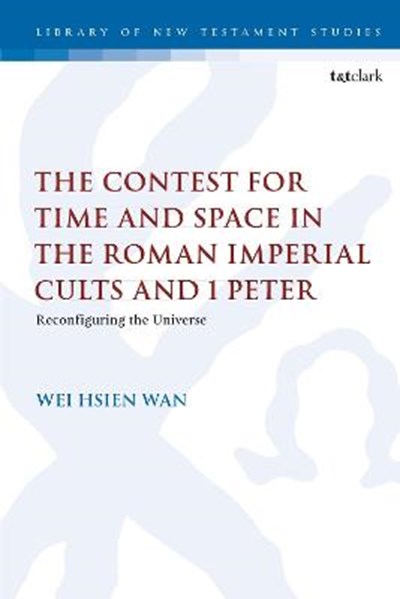 eBook FAQ
Add to Basket
Publisher: Bloomsbury Publishing PLC
ISBN: 9780567684431
Number of Pages: 216
Published: 17/10/2019
Width: 15.6 cm
Height: 23.4 cm
Description Author Information Reviews
Wei Hsien Wan builds on the work of David Horrell and Travis Williams for his argument that the letter of 1 Peter engages in a subtle, calculated form of resistance to Rome, that has often gone undetected. Whilst previous discussion of the topic has remained largely focused on the letter's stance toward specific Roman institutions, such as the emperor, household structures, and the imperial cults, Wan takes the conversation beyond these confines and examines 1 Peter's critique of the Roman Empire in terms of its ideology or worldview. Using the work of James Scott to conceptualize ideological resistance against domination, Wan considers how the imperial cults of Anatolia and 1 Peter offered distinct constructions of time and space-that is, how they envisioned reality differently. Insofar as these differences led to divergent ways of conceiving the social order, they acquired political power and generated potential for conflict. Wan thus argues that 1 Peter confronts Rome on a cosmic scale with its alternative construal of time and space, and examines the evidence that the Petrine author consciously, if cautiously, interrogated the imperial imagination at its most foundational levels, and set forth in its place a theocentric, Christological understanding of the world.

Wei Hsien Wan is an independent researcher and scholar in Kuala Lumpur, Malaysia.