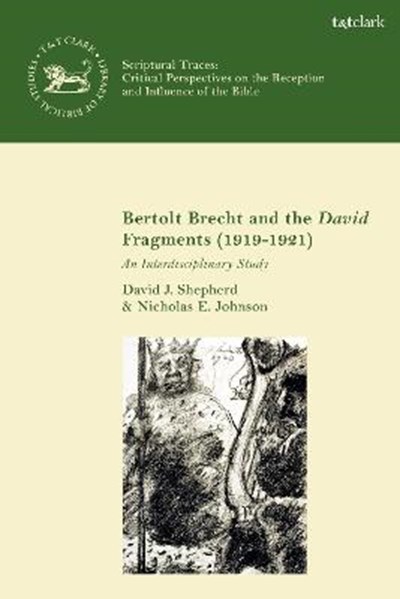 eBook FAQ
Add to Basket
Publisher: Bloomsbury Publishing PLC
ISBN: 9780567685643
Number of Pages: 256
Published: 16/04/2020
Width: 15.6 cm
Height: 23.4 cm
Description Author Information Reviews
This volume offers an examination of Brecht's largely forgotten theatrical fragments of a life of David, written just after the Great War but prior to Brecht winning the Kleist Prize in 1922 and the acclaim that would launch his extraordinary career. David J. Shepherd and Nicholas E. Johnson take as their starting point Brecht's own diaries from the time, which offer a vivid picture of the young Brecht shuttling between Munich and the family home in Augsburg, surrounded by friends, torn between women, desperate for success, and all the while with 'David on the brain'. The analysis of Brecht's David, along with his notebooks and diaries, reveals significant connections between the reception of the Biblical David and one of Germany's most tumultuous cultural periods. Drawing on theatrical experiments conducted with an ensemble from Trinity College Dublin, this volume includes the first ever translation of the David fragments in English, an extensive discussion of the theatrical afterlife of David in the early twentieth century as well as new interdisciplinary insights into the early Brecht: a writer entranced by the biblical David and utterly committed to translating the biblical tradition into his own evolving theatrical idiom.