Gleanings from the Caves

Dead Sea Scrolls and Artefacts from the Schoyen Collection 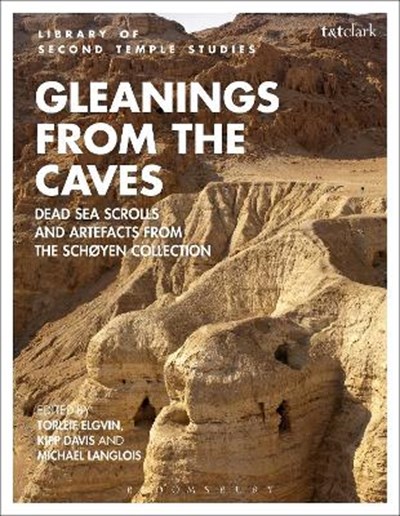 Gleanings from the Caves

Dead Sea Scrolls and Artefacts from the Schoyen Collection

QTY
Add to Basket
Publisher: Bloomsbury Publishing PLC
ISBN: 9780567685872
Number of Pages: 508
Published: 27/12/2018
Width: 21 cm
Height: 27 cm
Description Author Information Reviews
This special edition large format LSTS volume presents, over half of them for the first time, ten biblical and five non-biblical fragments from the Judean Desert. The text features 42 photographs of the fragments. The publication of seven new fragments from the Judean Desert will supplement the Discoveries in the Judean Desert series and bring new material to scholars regarding the full textual situation. Two of the new biblical fragments suggest the preservation of substantial textual variants. The new Aramaic fragment reveals the use of interesting linguistic forms. The book includes a 10 page essay by Martin Schoyen about how he has tracked down and acquired Judean Desert fragments and artifacts since 1994. The collection of images, photographs of the fragments, and scholarly commentary from some of the leading experts in the field gives the reader a comprehensive picture of the artifacts from Qumran. The fragments included are: 4QLeviticusi, 4QSamueld, 4QDeuteronomy, and 4Q Twelve prophets; New (additional) fragments of 4QPsalmsq and 4QExodusc; improved version of XJudges frg 3, 4QJoshuac, 1QDanielb, and 4QJoshuac; Apochryphal fragments - 4QTobita and 1QapocrGenesis; and, Other fragments - 1QSb (Rule of Blessings, reedition), 11QTemplea, and 4QAramaic frg.

Torleif Elgvin received a Ph.D. from The Hebrew University of Jerusalem for his work in Qumran studies. Since 1992 he has been a member of the international team responsible for publishing the Dead Sea Scrolls. He teaches Bible and Jewish Studies at Evangelical Lutheran University College, Oslo. Kipp Davis is a post-doctoral fellow at the University of Agder in Kristiansand, Norway. Michael Langlois is editor of Semitica, the publication of the Institute of Semitic Studies, College de France, France.