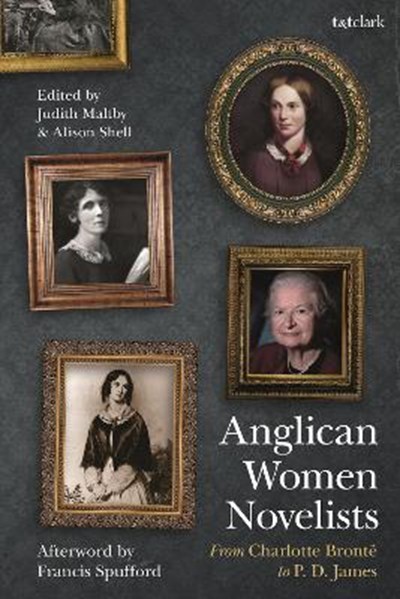 What do the novelists Charlotte Bronte, Charlotte M. Yonge, Rose Macaulay, Dorothy L. Sayers, Barbara Pym, Iris Murdoch and P.D. James all have in common? These women, and others, were inspired to write fiction through their relationship with the Church of England. This field-defining collection of essays explores Anglicanism through their fiction and their fiction through their Anglicanism. These essays, by a set of distinguished contributors, cover a range of literary genres, from life-writing and whodunnits through social comedy, children's books and supernatural fiction. Spanning writers from the nineteenth to the twenty-first century, they testify both to the developments in Anglicanism over the past two centuries and the changing roles of women within the Church of England and wider society.

Judith Maltby is Chaplain and Fellow of Corpus Christi College and Reader in Church History in the University of Oxford, UK. As well as publishing widely on the history of Anglicanism, she is an occasional commentator on religion on BBC Radio 4 and The Guardian (2004-2011). Alison Shell is a Professor in the Department of English Language and Literature at University College London, UK. She has published widely on the relationship of Christianity and literature in Britain between the Reformation and the 21st century.

This fascinating compendium edited by Judith Maltby and Alison Shell is worth not one but multiple readings. From Bronte and Oliphant to Dorothy Sayers and P.D. James, the list of Anglican woman novelists included here is an impressive one, with an equally impressive group of contributors examining their work. * The Most Revd Michael Curry, Presiding Bishop and Primate of the Episcopal Church, USA. * This collection of essays is a joy to read. It made me want to revisit old friends, and strike up an acquaintance with new ones. More importantly, it made me aware for the first time of a tradition of writers-Anglican Women Novelists-in all their glory and eccentricity. Technically eccentric-off-centre-because the centres of church power were not open to them; but often personally eccentric as well, because each one is gloriously herself, bringing her own character, intelligence, and the raw material of life to the task of fiction. This book will light up the way for the next generation of readers and writers, as we try to work out what it means to be fully yourself, and to be Anglican-eccentric and slightly out of kilter with the mainstream, but with an important story to live and share. * Catherine Fox, novelist, Lecturer in Creative Writing, Manchester Metropolitan University, UK, and author of the `Lindchester Chronicles' * Reading this fascinating and significant collection of essays has been like revisiting a journey that was made the first time in darkness but this time with the advantage of a torch. The journey is the journey made by women in the Church of England. It is so heartening to see how these Anglican women writers demolish any belief that there is one single `female perspective'. In almost every way they could not be more different from one another and yet, intriguingly, despite the differences, they share the experience of having lived, as Francis Spufford puts it, in `intimate outsiderhood'. It is this that illuminates much that has been hidden and ignored in the story of Anglicanism. This volume is a gift to all of us who believe it is from the edges that the greatest light often shines. * The Rt Revd Christine Hardman, Bishop of Newcastle, UK * This symposium is an intellectual treat: original in focus, wide-ranging, and a sprightly read - not least because many of the authors studied were extremely witty, and others have acquired entertainment value beyond their original intentions. The editors are donating a rich and useable past to present-day discussions in Church and society. * Diarmaid MacCulloch, Kt, DD, FBA, Professor of the History of the Church, University of Oxford, UK. * Anglicanism has a distinguished literary tradition. This compelling set of essays, written by distinguished scholars, sets the record straight. When we talk, think, and write about that literary tradition, women writers deserve a place of prominence. Rarely is a book more needed: if we think aright about our past, then we can think aright about our present and future. * The Very Rev. Ian S. Markham, Ph.D. Dean and President of Virginia Theological Seminary and Professor of Theology and Ethics, USA. * Maltby and Shell's superlative volume on Anglican women novelists is a timely and thoughtful collection showcasing the imaginative sophistication of a much-neglected group of writers. Largely excised from traditional narratives of the history of the Church of England, the women vibrantly illuminated here reveal an alternative Anglican landscape usually portrayed by male, clerical voices. Chapters on authors from Charlotte Bronte to Evelyn Underhill, Iris Murdoch to P. D. James rigorously explore the relationship between literature and Anglican spirituality in the past two centuries and into the future. A compelling and original project. * Emma Mason, Professor of English and Comparative Literature, University of Warwick, UK and author of Christina Rossetti: Poetry, Ecology, Faith. *