Ladies and the Cities

Transformation and Apocalyptic Identity in Joseph and Aseneth, 4 Ezra, the Apocalypse and The Shepherd of Hermas 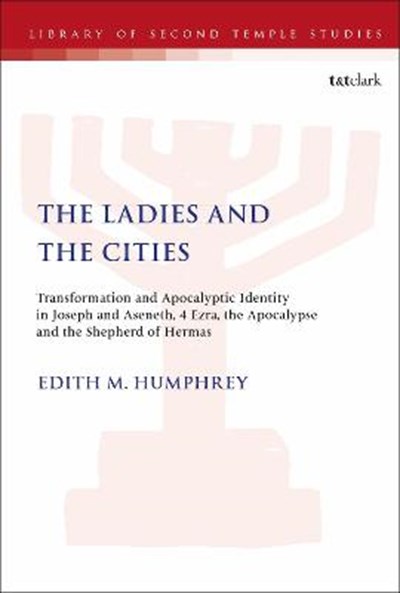 Ladies and the Cities

Transformation and Apocalyptic Identity in Joseph and Aseneth, 4 Ezra, the Apocalypse and The Shepherd of Hermas

eBook FAQ
Add to Basket
Publisher: Bloomsbury Publishing PLC
ISBN: 9780567686800
Number of Pages: 192
Published: 26/07/2018
Width: 15.6 cm
Height: 23.4 cm
Description Author Information Reviews
Transcendence in general and transformation in particular have long been established as key motifs in apocalypses. The transformation of a seer during a heavenly journey is found commonly in such esoteric apocalypses as I Enoch. No heavenly journey occurs in the apocalypses treated here. Rather, symbolic women figures--"ladies" in the classical sense--who are associated with God's city or Tower, undergo transformation at key points in the action. The surface structures of Joseph and Aseneth, 4 Ezra, the Apocalypse and The Shepherd of Hermas are traced, and the crucial transformation episodes are located within each structure. Transformation of figures which represent God's people points to the significance of identitiy within the apocalyptic perspective. Earlier analyses have demonstrated that the apocalyptic perspective urges the reader to consider life from a different stance in time and in space ("temporal" and "spatial" axes). The present analysis suggests that the apocalypse also charts its revelations along an "axis of identity" so that the reader is invited to become, as it were, someone more in tune with the mysteries he or she is viewing. Of special interest is the treatment of the increasingly well-known romance Joseph and Aseneth alongside apocalypses, a parallel which is fruitful because of the curious visionary sequence, closely related to apocalypse in content and form, which is found in the inner centre of that work.