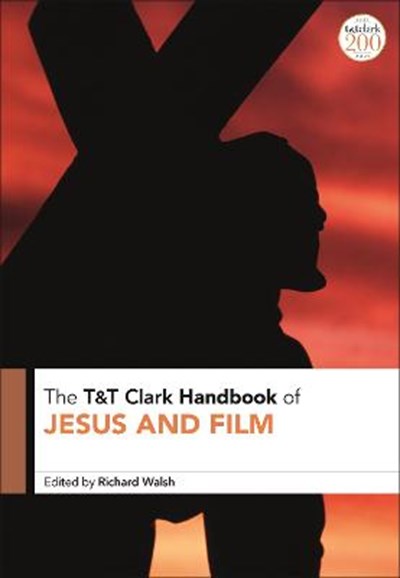 eBook FAQ
Add to Basket
Publisher: Bloomsbury Publishing PLC
ISBN: 9780567686886
Number of Pages: 376
Published: 11/02/2021
Width: 16.9 cm
Height: 24.4 cm
Description Author Information Reviews
The T&T Clark Handbook of Jesus and Film introduces postgraduate readers to the critical field of Jesus and/on film. The bulk of biblical films feature Jesus, as protagonist, in cameo, or as a looming background presence or pattern. The handbook assesses the field in light of the work of important biblical film critics including chapters from the leading voices in the field and showcasing the diversity of work done by scholars in the field. Movies discussed include The Passion of the Christ, The King of Kings, Jesus of Nazareth, Monty Python's Life of Brian, Son of Man, and Mary Magdalene. The chapters range across two broad areas: 1) Jesus films, understood broadly as filmed passion plays, other relocations of Jesus, historical Jesus treatments, and Jesus adjacent cinema (privileging invented characters or "minor" gospel characters); and 2) other cinematic Jesuses, including followers who imitate Jesus devotionally or aesthetically, (Christian) Christ figures, antichrists, yet other messiahs, and competing Jesuses in a pluralist world. As one leaves the confines of Christian theology, the question of what a film or interpreter is doing with Jesus or Christ becomes something to be determined, not necessarily something traditional.

Richard Walsh is Womack Professor of Religion and Philosophy at Methodist University, USA.