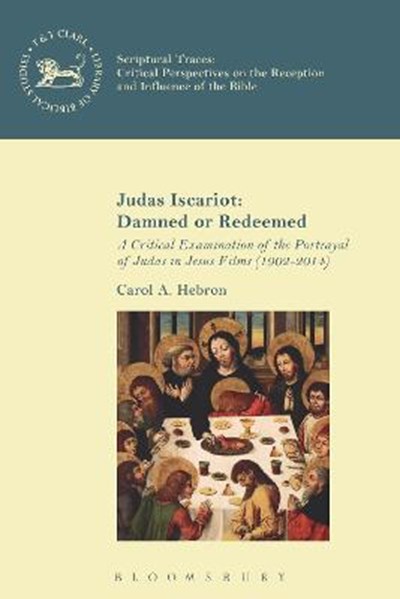 eBook FAQ
Add to Basket
Publisher: Bloomsbury Publishing PLC
ISBN: 9780567686947
Number of Pages: 288
Published: 21/02/2019
Width: 15.6 cm
Height: 23.4 cm
Description Author Information Reviews
At the beginning of the 20th century, Judas was characterised in film as the epitome of evil: the villainous Jew. Film-makers cast Judas in this way because this was the Judas that audiences had come to recognize and even expect. But in the following three decades, film-makers - as a result of critical biblical study - were more circumspect about accepting the alleged historicity of the Gospel accounts. Carol A. Hebron examines the figure of Judas across film history to show how the portrayal becomes more nuanced and more significant, even to the point where Judas becomes the protagonist with a role in the film equal in importance to that of Jesus'. Hebron examines how, in these films, we begin to see a rehabilitation of the Judas character and a restoration of Judaism. Hebron reveals two distinct theologies: 'rejection' and 'acceptance'. The Nazi Holocaust and the exposure of the horrors of genocide at the end of World War II influenced how Judaism, Jews, and Judas, were to be portrayed in film. Rehabilitating the Judas character and the Jews was necessary, and film was deemed an appropriate medium in which to begin that process.

Carol A. Hebron is an Adjunct Lecturer at Charles Sturt University School of Theology in Brisbane, Australia. She is also Subject Coordinator for Theology, the Arts and Film, Teaching the Bible, Teaching World Religions, and Media, Popular Culture, and the Arts.