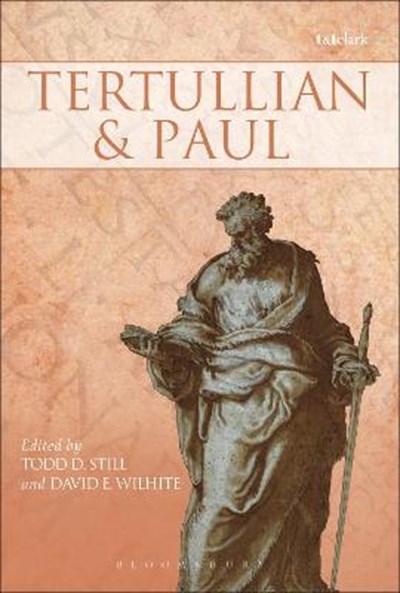 QTY
Add to Basket
Publisher: Bloomsbury Publishing PLC
ISBN: 9780567687074
Number of Pages: 224
Published: 21/02/2019
Width: 15.6 cm
Height: 23.4 cm
Description Author Information Reviews
How might late second/early third century readings of Paul illuminate our understanding of the first century texts? A close comparison of Tertullian and Paul reveals the former to be both a dubious and a profoundly insightful interpreter of the latter. With growing interest in the field of patristic exegesis, there is a need for examination of Tertullian's readings of Paul. Tertullian, the first among the significant Latin writers, shaped generations of Christians by providing both a vocabulary for and an exposition of elemental Christian doctrines, wherein he relied heavily on Pauline texts and appropriated them for his own use. This new collection of essays presents a collaborative attempt to understand, critique, and appreciate one of the earliest and most influential interpreters of Paul, and thereby better understand and appreciate both the dynamic event of early patristic exegesis and the Pauline texts themselves. Each chapter takes a two pronged approach, beginning with a patristic scholar considering the topic at hand, before a New Testament response. This results in a fast paced and illuminating interdisciplinary volume.

Todd D. Still (Ph.D.University of Glasgow) is Associate Professor of Christian Scriptures at the George W. Truett Theological Seminary of Baylor University in Waco, Texas. Among other publications, he is the author of Conflict at Thessalonica: A Pauline Church and Its Neighbours and the editor of Jesus and Paul Reconnected: Fresh Pathways into an Old Debate. David Wilhite is a historical theologian (patristics) at George W. Truett Theological Seminary at Baylor University, Waco, TX. He is the author of Tertullian the African: An Anthropological Reading of Tertullian's Context and Identities (2007).