Mimesis in the Johannine Literature

A Study in Johannine Ethics 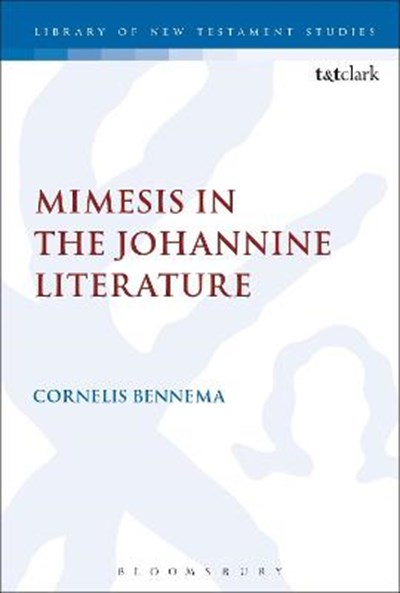 Mimesis in the Johannine Literature

A Study in Johannine Ethics

eBook FAQ
Add to Basket
Publisher: Bloomsbury Publishing PLC
ISBN: 9780567687425
Number of Pages: 246
Published: 21/03/2019
Width: 15.6 cm
Height: 23.4 cm
Description Author Information Reviews
Mimesis is a fundamental and pervasive human concept, but has attracted little attention from Johannine scholarship. This is unsurprising, since Johannine ethics, of which mimesis is a part, has only recently become a fruitful area of research. Bennema contends that scholars have not yet identified the centre of Johannine ethics, admittedly due to the fact that mimesis is not immediately evident in the Johannine text because the usual terminology for mimesis is missing. This volume is the first organized study on the concept of mimesis in the Johannine literature. The aim of the study is to establish that mimesis is a genuine Johannine concept, to explain its particulars and to show that mimesis is integral to Johannine ethics. Bennema argues that Johannine mimesis is a cognitive, creative process that shapes the believer's identity and behaviour within the context of the divine family. Besides being instrumental in people's moral transformation, mimesis is also a vital mechanism for mediating the divine reality to people

Cornelis Bennema is Senior Lecturer in New Testament at Union School of Theology, UK. He is the author of The Power of Saving Wisdom: An Investigation of Spirit and Wisdom in Relation to the Soteriology of the Fourth Gospel (2002), A Theory of Character in New Testament Narrative (2014) and Encountering Jesus: Character Studies in the Gospel of John, 2nd edn (2014).