The Function of 'Canonical' and 'Non-Canonical' Religious Texts 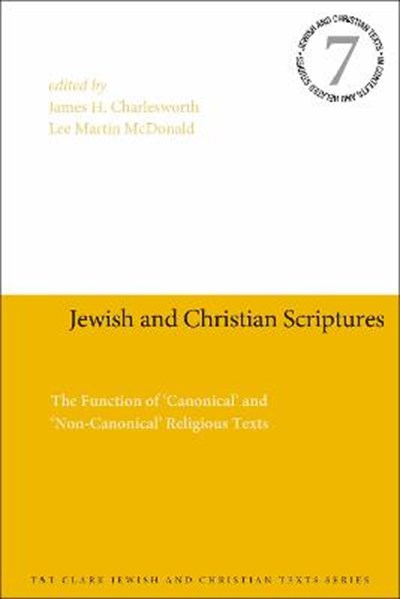 The Function of 'Canonical' and 'Non-Canonical' Religious Texts

QTY
Add to Basket
Publisher: Bloomsbury Publishing PLC
ISBN: 9780567687630
Number of Pages: 256
Published: 21/03/2019
Width: 15.6 cm
Height: 23.4 cm
Description Author Information Reviews
Over the past four decades, many scholars have focused on the expanding collection of alleged "extra-canonical" documents that were deemed inspired by God in numerous early Jewish and Christian groups. Eventually, these texts ceased to have an authoritative role in Judaism and Christianity and were branded "extra-canonical." Now, these documents, once considered sacred, are recognized as fundamental in understanding antiquity, and the development of the canon. Many scholars are now according an authority to some of these texts This volume draws attention to these ancient religious texts, especially the so-called "non-canonical" texts, by focusing on how they were used or functioned in early societies. The contributors also warn us about the assumed barriers between "canon" and "extra-canon," "texts" and "traditions," and they suggest that we should be careful with labels such as "Jewish" and "Christian." The contributors also indicate, intermittently or implicitly, the importance of combining disciplines that had been isolated, especially the study of texts, the exploration of the canonical process, and the relevance of sociology in studying ancient groups.