Constructions of Otherness in Prophetic Literature 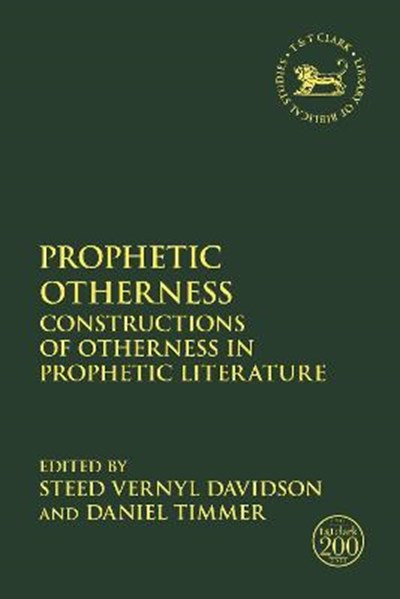 Constructions of Otherness in Prophetic Literature

QTY
Add to Basket
Publisher: Bloomsbury Publishing PLC
ISBN: 9780567687821
Number of Pages: 248
Published: 03/06/2021
Width: 15.6 cm
Height: 23.4 cm
Description Author Information Reviews
This collection argues that the final form of prophetic texts attempts a picture of stability; of a new world that emerges in the aftermath of the turbulent experiences of Israel/Judah's history, sustained by a coherent community and identity. The essays within both describe and analyse the various categories of otherness in prophetic literature which threaten such an identity, displaying the complex and contradictory nature of such depictions -- particularly given the reality that these texts emerge from communities considered other. The contributors provides an interdisciplinary exploration of otherness that draws upon multiple insights into the conception and expression of the other, beyond obvious examples traditionally examined in Biblical Studies. Touching upon the rhetoric associated with identity markers such as space, race/ethnicity, gender and religious activity, Prophetic Otherness allows for further consideration of the ethics of the prophetic corpus, and its understanding of fairness and justice in relation to broad communities.