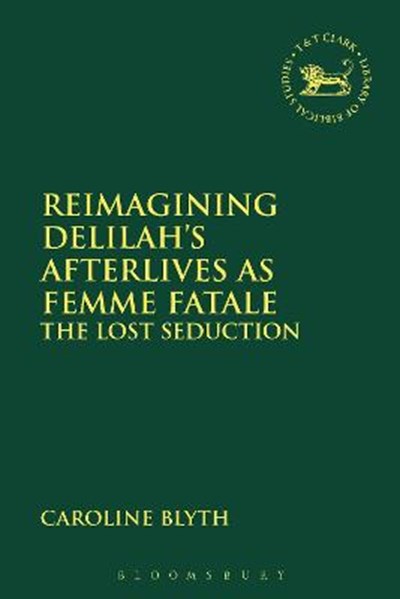 eBook FAQ
Add to Basket
Publisher: Bloomsbury Publishing PLC
ISBN: 9780567688026
Number of Pages: 208
Published: 18/04/2019
Width: 15.6 cm
Height: 23.4 cm
Description Author Information Reviews
The story of Samson and Delilah in Judges 16 has been studied and retold over the centuries by biblical interpreters, artists, musicians, filmmakers and writers. Within these scholarly and cultural retellings, Delilah is frequently fashioned as the quintessential femme fatale - the shamelessly seductive 'fatal woman' whose sexual treachery ultimately leads to Samson's downfall. Yet these ubiquitous portrayals of Delilah as femme fatale tend to eclipse the many other viable readings of her character that lie, underexplored, within the ambiguity-laden narrative of Judges 16 - interpretations that offer alternative and more sympathetic portrayals of her biblical persona. In Reimagining Delilah's Afterlives as Femme Fatale, Caroline Blyth guides readers through an in-depth exploration of Delilah's afterlives as femme fatale in both biblical interpretation and popular culture, tracing the social and historical factors that may have inspired them. She then considers alternative afterlives for Delilah's character, using as inspiration both the Judges 16 narrative and a number of cultural texts which deconstruct traditional understandings of the femme fatale, thereby inviting readers to view this iconic biblical character in new and fascinating lights.

Caroline Blyth is Lecturer in Religious Studies at the University of Auckland, New Zealand.