Methodological Reassessments of the Letter of Second Peter 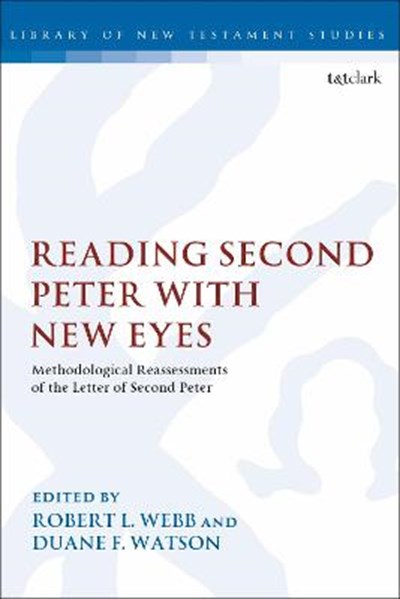 Methodological Reassessments of the Letter of Second Peter

QTY
Add to Basket
Publisher: Bloomsbury Publishing PLC
ISBN: 9780567688361
Number of Pages: 202
Published: 18/04/2019
Width: 15.6 cm
Height: 23.4 cm
Description Author Information Reviews
The letters of James, 1 and 2 Peter, and Jude are among the most neglected letters of the NT. Thus, methodological advances in NT study tend to arise among the Gospels or Pauline letters. But these letters are beginning to receive increased attention in the scholarly community. Reading Second Peter With New Eyes is the third of four volumes that incorporate research in this area. The essays collected here examine the impact of recent methodological developments in New Testament studies to Second Peter, including, for example, rhetorical, social-scientific, socio-rhetorical, ideological and hermeneutical methods, as they contribute to understanding this letter and its social context.

Robert L. Webb lectures in the Religious Studies Department of McMaster University, Hamilton, ON, Canada. He is the executive editor of the Journal for the Study of the Historical Jesus (Sage) and of the monograph series Library of Historical Jesus Studies (a subset of LNTS, T&T Clark). He is the author of John the Baptizer and Prophet: A Socio-Historical Study (Sheffield Academic Press, 1991) and more recently the co-editor with Kathleen Corley of Jesus and Mel Gibson's The Passion of the Christ: The Film, the Gospels, and the Claims of History (Continuum, 2004) and with John Kloppenborg of Reading James with New Eyes: Methodological Reassessments of the Letter of James (T&T Clark, 2007). Duane F. Watson is Professor of New Testament Studies at Malone College in Canton, Ohio, USA.