Holy Terror: Jesus in the Infancy Gospel of Thomas 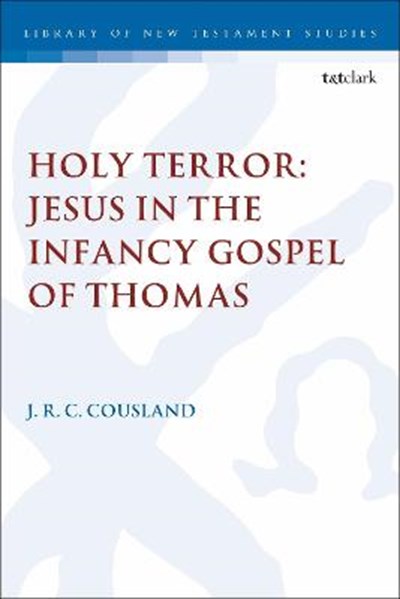 Holy Terror: Jesus in the Infancy Gospel of Thomas

eBook FAQ
Add to Basket
Publisher: Bloomsbury Publishing PLC
ISBN: 9780567688804
Number of Pages: 160
Published: 30/05/2019
Width: 15.6 cm
Height: 23.4 cm
Description Author Information Reviews
The Infancy Gospel of Thomas (or Paidika) is one of the most unusual gospels in the Christian tradition. Instead of revealing the compassionate Jesus so familiar to us from the biblical Gospels, it confronts its readers with a very different Jesus - a child who sometimes acts like a holy terror, killing and harming others for trifling faults. So why is Jesus portrayed as acting in such an 'unchristian' fashion? To address this question, Cousland focuses on three interconnected representations of Jesus in the Paidika: Jesus as holy terror, as child, and as miracle-working saviour. Cousland endeavours to show that, despite the differing character of these three roles, they present a unified picture. Jesus' unusual behaviour arises from his 'growing pains' as a developing child, who is at the same time both human and divine. Cousland's volume is the first detailed examination of the Christology of the Infancy Gospel of Thomas and provides a fresh and engaging approach to a topic not often discussed in representations of Jesus.

J.R.C. Cousland is is Associate Professor of Early Christianity and Greek Religion and Mythology at the University of British Columbia, Canada. He has written widely on biblical and apocryphal literature.