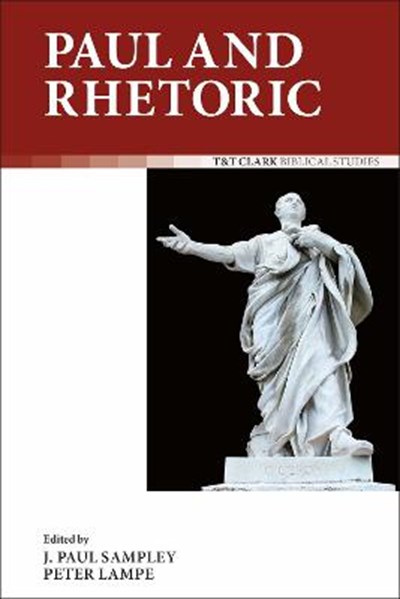 QTY
Add to Basket
Publisher: Bloomsbury Publishing PLC
ISBN: 9780567688910
Number of Pages: 288
Published: 30/05/2019
Width: 15.6 cm
Height: 23.4 cm
Description Author Information Reviews
Paul and Rhetoric contains essays that have been presented in a seminar called "Paul and Rhetoric" in the annual meetings of the Studiorum Novi Testamenti Societas, the leading international forum for New Testament and Christian Origin scholars. Translated into English, these essays, by leaders in the field and in the topic, engage and represent modern scholarship on Paul and rhetorical studies. The foundational essays are listed under the heading "State of the Discussion", attempting to take the major rhetorical categories of the time contemporary with Paul (types of rhetoric, invention and arrangement, and figures and tropes) and, first, lays out where the discussion is now. They then note the problems and highlights where continued discussion and deliberation would be helpful. The "Broad Questions" section asks what can be learned about reading Paul's letters to congregations in light of ancient epistolography, how theology and rhetoric are related (because the two are often treated as if they are alien to one another), and how ancient rhetoric and ancient psychology are associated with one another. All in all a volume that illustrates, examines and assesses where we are now in the study of rhetorical traditions in Pauline scholarship, and in some instances suggests the direction of future studies.