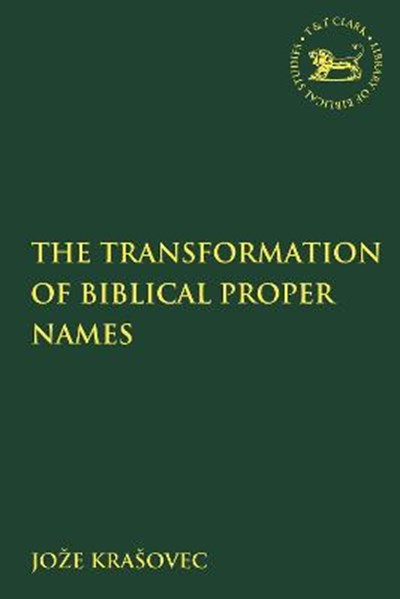 QTY
Add to Basket
Publisher: Bloomsbury Publishing PLC
ISBN: 9780567688927
Number of Pages: 176
Published: 30/05/2019
Width: 15.6 cm
Height: 23.4 cm
Description Author Information Reviews
In the transmission we encounter various transformations of biblical proper names. The basic phonetic relationship between Semitic languages on the one hand and non-Semitic languages, like Greek and Latin, on the other hand, is so complex that it was hardly possible to establish a unified tradition in writing biblical proper names within the Greek and Latin cultures. Since the Greek and Latin alphabets are inadequate for transliteration of Semitic languages, authors of Greek and Latin Bibles were utter grammatical and cultural innovators. In Greek and Latin Bibles we note an almost embarrassing number of phonetic variants of proper names. A survey of ancient Greek and Latin Bible translations allows one to trace the boundary between the phonetic transliterations that are justified within Semitic, Greek, and Latin linguistic rules, and those forms that transgress linguistic rules. The forms of biblical proper names are much more stable and consistent in the Hebrew Bible than in Greek, Latin and other ancient Bible translations. The inexhaustible wealth of variant pronunciations of the same proper names in Greek and Latin translations indicate that Greek and Latin translators and copyists were in general not fluent in Hebrew and did therefore not have sufficient support in a living Hebrew phonetic context. This state affects personal names of rare use to a far greater extent than the geographical names, whose forms are expressed in the oral tradition by a larger circle of the population.

JoA3/4e Krasovec is Professor of Old Testament in the Institute of Biblical Studies, Faculty of Theology, at the University of Ljubljana and a full member of the European and of the Slovenian Academies of the Sciences and Arts