Literary Studies and Narrative Theory in the Books of Samuel 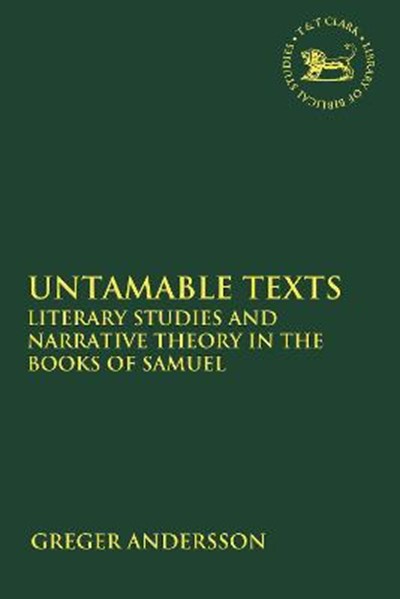 Literary Studies and Narrative Theory in the Books of Samuel

QTY
Add to Basket
Publisher: Bloomsbury Publishing PLC
ISBN: 9780567689306
Number of Pages: 304
Published: 27/06/2019
Width: 15.6 cm
Height: 23.4 cm
Description Author Information Reviews
The prime and "unique" contribution of this study is the meta-theoretical approach according to which a popular method of analysis and interpretation regarding the books of Samuel is discussed an evaluated critically. This is an important and necessary discussion, because interdisciplinary studies must not be reduced to a mere application of individual theoreticians or theoretical concepts on new objects, which are assessed only by their ability to produce "new" interpretations or solve problems (as those observed by the historical-critical approach). It is also essential for an academic study to discuss the validity of a certain theory or method. Furthermore, it is also important that the theory is discussed and tested in relation to narrative texts. Questions considered include "Do the texts of the Bible have forms that do not comply with the frames interpreters assume? What aims and agendas do literary or narrative methods serve in the hands of biblical interpreters? The main goal of this study is to attempt a better understanding of the biblical texts and their influence and meaning.