Price of Partnership in the Letter of Paul to the Philippians 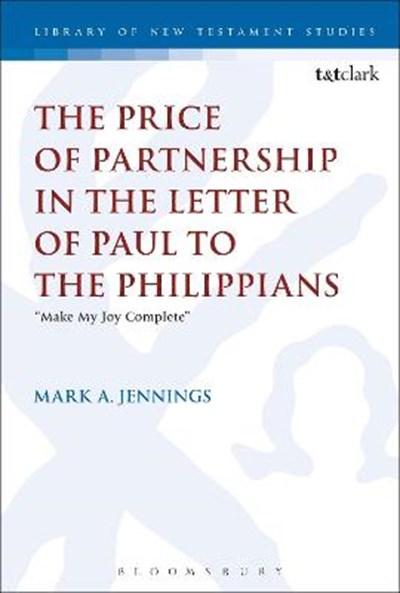 Price of Partnership in the Letter of Paul to the Philippians

eBook FAQ
Add to Basket
Publisher: Bloomsbury Publishing PLC
ISBN: 9780567689597
Number of Pages: 240
Published: 25/07/2019
Width: 15.6 cm
Height: 23.4 cm
Description Author Information Reviews
Mark A. Jennings challenges the consensus that there is no clear single purpose that shapes the entire epistle to the Philippians; instead arguing that there is significant evidence for Paul to have written the letter with the sole intent of persuading the church to maintain its exclusive partnership with him and his gospel mission. Jennings examines each section of Philippians with standard historical-critical methods, rhetorical criticism, and social-scientific methods. Establishing that Paul's argument is rooted in three fundamental tenets, emphasis is first placed on koinonia, and the agreement that Paul and the Philippians had entered into regarding his apostolic mission. Second, Jennings looks at the repeated 'proofs' that Paul offers, that simultaneously affirm the ordained superiority of his apostolic mission and repudiate the claims of his rivals. Third, Jennings analyses the issue of finances in the epistle, discussing how Paul rhetorically transforms the Philippians' financial support into a salient indicator that they esteem his gospel mission authentic. Finally, whereas other scholars have argued that Paul entreats the Philippians to be steadfast in their commitment to the gospel of Christ, Jennings proposes that Paul urges the church to be steadfast in their commitment to his gospel of Christ. Jennings then considers how this seemingly small distinction has profound ramifications for understanding the letter, and shows the gap between these interpretations.