Religion and Politics in Deuteronomy and the Modern World 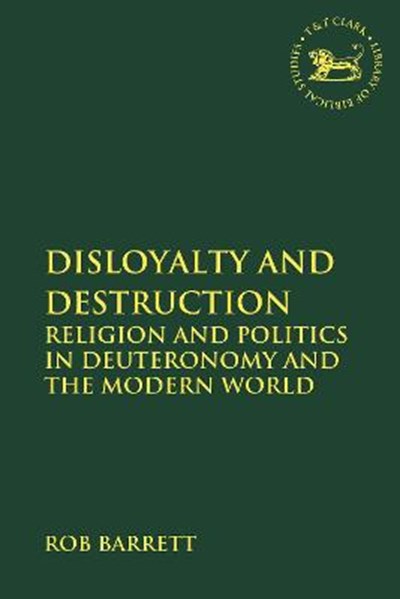 Religion and Politics in Deuteronomy and the Modern World

QTY
Add to Basket
Publisher: Bloomsbury Publishing PLC
ISBN: 9780567689658
Number of Pages: 304
Published: 25/07/2019
Width: 15.6 cm
Height: 23.4 cm
Description Author Information Reviews
The goal of the work is a heuristic reading strategy for a modern reader to engage with YHWH's threats against Israel in Deuteronomy. This goal is accomplished in three steps. First, the biblical text is considered through close reading to discern the logic of YHWH's threats: what motivates the threats, what form the threats take, and what effect the threats expect to produce. Second, a modern analogy is sought that most helpfully matches the structure and logic observed in the biblical text. A number of common modern analogies for the divine-human relationship (e.g., parent-child, master-slave, husband-wife) are deemed unhelpful because they cannot support the features of the biblical pattern. However, the threats of the modern state against those who threaten it are found to bear significant resemblance. Finally, this analogy is developed for each of several significant passages of Deuteronomy. In order to justify and substantiate the analogy, this book examines the religious and political background surrounding both Deuteronomy and the modern state through historical reflection. Since there are significant differences between the religio-political situations, sociological perspectives are used to provide patterns that can be applied within both the ancient and modern contexts. Finally, although the focus of the work is on establishing an analogy between YHWH's threats and those of the modern state, the book dedicates one chapter to discussing dis-analogous features to avoid over-emphasizing the similarity between the two.