A Literary Analysis of the Song of Songs 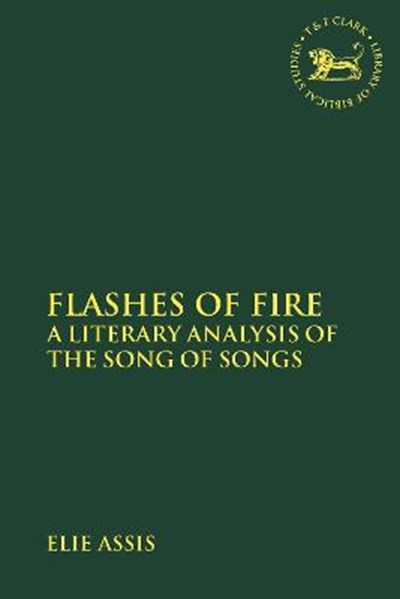 A Literary Analysis of the Song of Songs

QTY
Add to Basket
Publisher: Bloomsbury Publishing PLC
ISBN: 9780567689672
Number of Pages: 304
Published: 25/07/2019
Width: 15.6 cm
Height: 23.4 cm
Description Author Information Reviews
The essence of true love is in the yearning not in the consummation. This literary analysis of the Song of Songs employs the methods of New Criticism. Each analysis aims to uncover the messages conveyed by the poems and the inner world of the characters. The analysis brings to the fore the highly sophisticated and the original creativity of the love poetry of the Song of Songs. In the introduction, the question is posed as to whether the Song of Songs is an anthology or one literary whole. After discussing the strengths and weakness of the various approaches, the author proposes a novel structure for the Book predicated on the various genres of the love poems. Assis discerns poems of physical description, poems of adoration, and poems of yearning. In addition, he discerns what he takes to be a previously unrecognized genre, poems of rendezvous - a new structure which is based on a psychological understanding of passionate love is now discovered. One of the undisputed dominant features of passionate love is the longing for union with the beloved. Based on this premise, the book is divided into five sections, each of which ends with an attempt to unite or in a union. The structure of the book reflects an emotional and inner development in the psyche of the lovers and in the relationship between them. Throughout the book the interrelationships between the various genres of the love poems, and the development of the characters is spelled out

Elie Assis is the head of the Department of Bible Studies at Bar Ilan University. Among his scholarly work are his books From Moses to Joshua and from the Miraculous to the Ordinary: A Literary Analysis of the Conquest Narrative in the Book of Joshua, Jerusalem: Magnes Press, 2005 (Hebrew), and Self-Interest or Communal Interest? An Ideology of Leadership in the Gideon, Abimelech and Jephthah Narratives (Judg. 6-12) (Supplements to Vetus Testamentum, 106), Brill Academic Press, Leiden, 2005. His book Flashes of Fire was published by T&T Clark in 2009.