The Priestly Document from Genesis 1 to Joshua 18 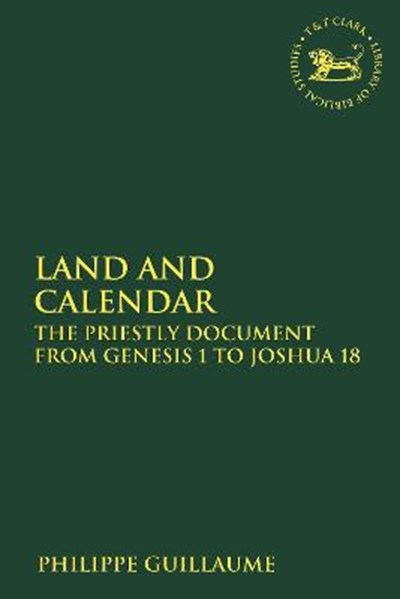 The Priestly Document from Genesis 1 to Joshua 18

QTY
Add to Basket
Publisher: Bloomsbury Publishing PLC
ISBN: 9780567689689
Number of Pages: 256
Published: 25/07/2019
Width: 15.6 cm
Height: 23.4 cm
Description Author Information Reviews
Thanks to very peculiar style and theology, Pg was identified as far back as 1869 by Theodor Noeldeke and remains one of the last pillars of Pentateuch research after the fall of the Wellhausen model. Its existence is rarely doubted, but its extent is debated. Does it end already in Exodus (Otto, Pola, Bauks) or does it go as far as Deuteronomy (Noth, Frevel) or even into Joshua (Lohfink, Knauf)? The end determines Pg's notion of the land and its conquest, important subjects today for the formation of the Pentateuch (was there first a Hexateuch?). The 364-day perpetual calendar offers a reliable criterion to identify Pg within the final text of the Hexateuch because the simple mathematic of the calendar are easier to control than hypothetical redactors. Pg is divided into seven periods, from creation to the entry of the sons of Israel in an empty land of Canaan. The festival calendar of Leviticus 23, and the Jubilee of Lev 25 constitute the heart of Pg, the practical outworking of principles presented in the narrative. Bloodless atonement with no connection to any temple whatsoever, peaceful entry into the empty Promised Land, eternal sabbatical rhythm, are Pg's major theological characteristics.

Philippe Guillaume received a doctorate from Geneva in 2002 and his Habilitation from Bern in 2008. He practices Biblical archeology at Megiddo. Awarded a Visiting Fellowship he works with Professor Diana Edelman at the University of Sheffield on land tenure in Persian Yehud.