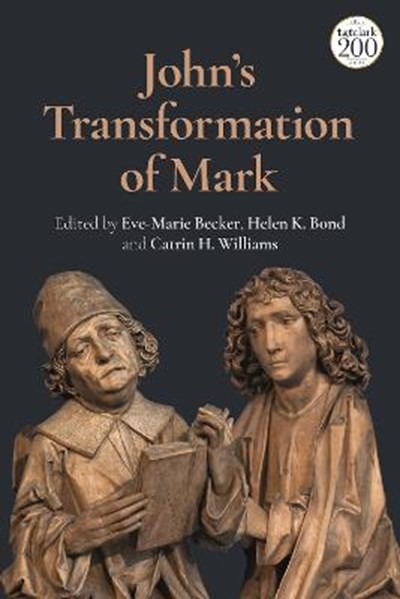 QTY
Add to Basket
Publisher: Bloomsbury Publishing PLC
ISBN: 9780567691934
Number of Pages: 344
Published: 25/03/2021
Width: 15.6 cm
Height: 23.4 cm
Description Author Information Reviews
John's Transformation of Mark brings together a cast of internationally recognised biblical scholars to investigate the relationship between the gospels of Mark and John. In a significant break with the prevailing view that the two gospels represent independent traditions, contributors argue that John both knew of and used the earlier gospel to write his own text. Drawing on recent analytical categories such as social memory, 'secondary orality,' or 'relecture,' and ancient literary genres such as 'rewritten Bible', historiography and bioi, the central questions that drive this volume focus on how John used Mark, whether we should speak of 'dependence,' 'familiarity with,' or 'reception,' and whether John intended his work to be a supplement to or a replacement of Mark. Together these contributions mount a strong case for a complete reassessment of one of the key tenets of modern biblical criticism, opening up significant new avenues for future research.