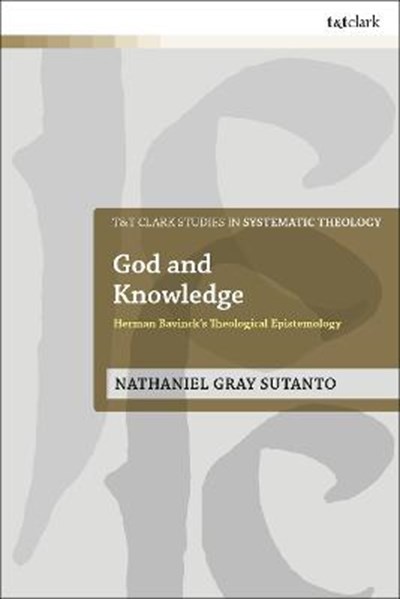 QTY
Add to Basket
Publisher: Bloomsbury Publishing PLC
ISBN: 9780567692283
Number of Pages: 208
Published: 20/02/2020
Width: 15.6 cm
Height: 23.4 cm
Description Author Information Reviews
Nathaniel Gray Sutanto offers a fresh reading of Herman Bavinck's theological epistemology, and argues that his Trinitarian and organic worldview utilizes an extensive range of sources. Sutanto unfolds Bavinck's understanding of what he considered to be the two most important aspects of epistemology: the character of the sciences and the correspondence between subjects and objects. Writing at the heels of the European debates in the 19th and 20th century concerning theology's place in the academy, and rooted in historic Christian teachings, Sutanto demonstrates how Bavinck's argument remains fresh and provocative. This volume explores archival material and peripheral works translated for the first time in English. The author re-reads several key concepts, ranging from Organicism to the Absolute, and relates Bavinck's work to Thomas Aquinas, Eduard von Hartmann, and other thinkers. Sutanto applies this reading to current debates on the relationship between theology and philosophy, nature and grace, and the nature of knowing; and in doing so provides students and scholars with fresh methods of considering Orthodox and modern forms of thought, and their connection with each other.

Nathaniel Gray Sutanto is Assistant Professor of Systematic Theology at Reformed Theological Seminary, Washington, USA. He is also co-editor for the recent publications of Herman Bavinck's Christian Worldview and Philosophy of Revelation.