Disorderly Women and the Order of God

An Australian Feminist Reading of the Gospel of Mark 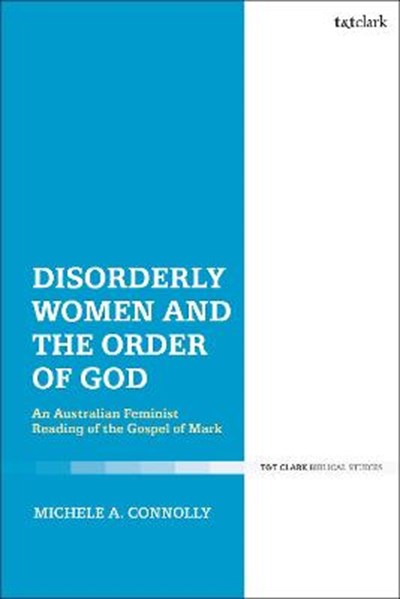 Disorderly Women and the Order of God

An Australian Feminist Reading of the Gospel of Mark

eBook FAQ
Add to Basket
Publisher: Bloomsbury Publishing PLC
ISBN: 9780567692535
Number of Pages: 224
Published: 31/10/2019
Width: 15.6 cm
Height: 23.4 cm
Description Author Information Reviews
Michele A. Connolly's postcolonial analysis links the Gospel of Mark - produced in the context of the Roman Empire - with contemporary Australia, established initially as a colony of the British Empire. Feminist analysis of texts from two foundational events in Australian colonial history reveal that women in such texts tend to be marginalised, silenced and denigrated. Connolly posits that imperialist sexism, both ancient and modern, perceives women as a threat to the order that males alone can impose on the world. The Gospel of Mark portrays Jesus bringing the order of the Reign of God to combat the disorder of apocalyptic evil. Jesus' task is a markedly male project, against which eleven female characters are portrayed as disorderly distractions who are managed by being marginalised, silenced and denigrated, contradicting Jesus' message of mutual service and non-domination. In his death under apocalyptic power, Jesus is likewise depicted as isolated, silenced and denigrated, subtly associating femininity with chaos, failure and disgrace.