Daily Discoveries of a Bible Scholar and Manuscript Hunter: A Biography of James Rendel Harris (1852-1941) 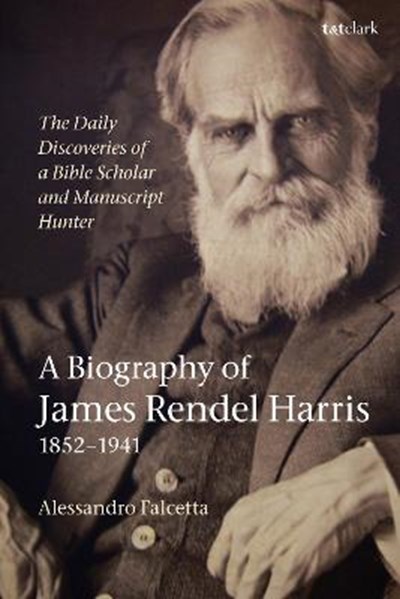 Daily Discoveries of a Bible Scholar and Manuscript Hunter: A Biography of James Rendel Harris (1852-1941)

eBook FAQ
Add to Basket
Publisher: Bloomsbury Publishing PLC
ISBN: 9780567692658
Number of Pages: 704
Published: 28/11/2019
Width: 15.6 cm
Height: 23.4 cm
Description Author Information Reviews
This is the first full biography of James Rendel Harris (1852-1941), Bible and patristic scholar, manuscript collector, Quaker theologian, devotional writer, traveller, folklorist, and relief worker. Drawing on published and unpublished sources gathered in the United States, Europe, and the Middle East, many of which were previously unknown, Alessandro Falcetta tells the story of Harris's life and works set against the background of the cultural and political life of contemporary Britain. Falcetta traces the development of Harris's career from Cambridge to Birmingham, the story of his seven journeys to the Middle East, and of his many campaigns, from religious freedom to conscientious objection. The book focuses upon Harris's innovative contributions in the field of textual and literary criticism, his acquisitions of hundreds of manuscripts from the Middle East, his discoveries of early Christian works - in particular the Odes of Solomon - his Quaker beliefs and his studies in the cult of twins. His enormous output and extensive correspondence reveal an indefatigable genius in close contact with the most famous scholars of his time, from Hort to Harnack, Nestle, the 'Sisters of Sinai', and Frazer.

Alessandro Falcetta teaches at the University of Stavanger, Norway.