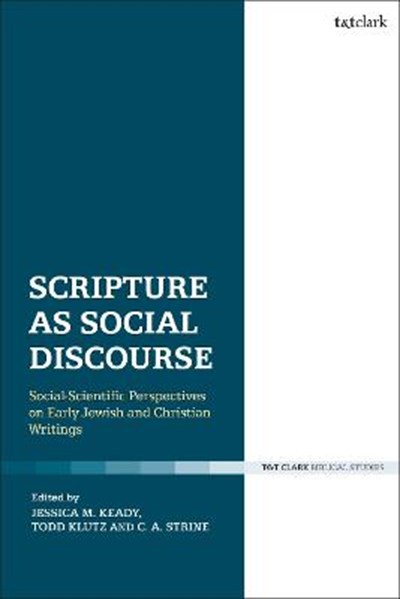 eBook FAQ
Add to Basket
Publisher: Bloomsbury Publishing PLC
ISBN: 9780567692900
Number of Pages: 280
Published: 26/12/2019
Width: 15.6 cm
Height: 23.4 cm
Description Author Information Reviews
Throughout the last several decades professional biblical scholars have adapted concepts and theories from the social sciences - particularly social and cultural anthropology - in order to cast new light on ancient biblical writings, early Jewish and Christian texts that circulated with the Scriptures, and the various contexts in which these literatures were produced and first received. The present volume of essays draws much of its inspiration from that same development in the history of biblical research, while also offering insights from other, newer approaches to interpretation. The contributors to this volume explore a wide range of broadly social-scientific disciplines and discourses - cultural anthropology, sociology, archaeology, political science, the New Historicism, forced migration studies, gender studies - and provide multiple examples of the ways in which these diverse methods and theories can shed new and often fascinating light on the ancient texts. The fruit of scholarly work that is both international in flavour and truly collaborative, this volume provides fresh perspectives not only on familiar portions of Jewish and Christian Scripture but also on select passages from the Dead Sea Scrolls, the Nag Hammadi library and previously untranslated French texts.