Romans: Three Exegetical Interpretations and the History of Reception 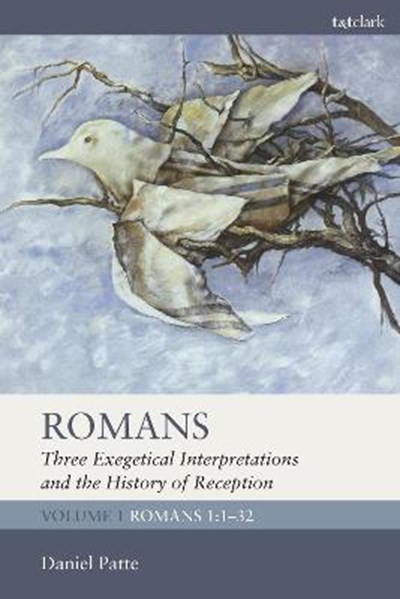 Romans: Three Exegetical Interpretations and the History of Reception

eBook FAQ
Add to Basket
Publisher: Bloomsbury Publishing PLC
ISBN: 9780567693297
Number of Pages: 560
Published: 23/01/2020
Width: 15.6 cm
Height: 23.4 cm
Description Author Information Reviews
In the first of a three-volume work, Daniel Patte presents three very different critical exegeses of Romans 1, arguing that all are equally legitimate and hermeneutically plausible. By expanding upon and respecting the exegeses of many erudite scholars of the last two centuries, Patte concludes that three families of vastly different critical interpretations are fully justified: traditional philological and epistolary studies; rhetorical and sociocultural studies; and figurative studies of the "coherence" of Paul's teaching. Arising from a long-standing interdisciplinary investigation of many receptions of Romans in light of recent diversification of exegetical methodologies, Patte concludes that the interpretation of a scriptural text necessarily involves making a choice among equally legitimate and plausible alternatives; and second, that this choice is always contextual and ethical. When these points are denied (by failing to respect the interpretations of others and absolutizing one's interpretation), instead of being a scriptural blessing, Romans becomes a deadly weapon against others - heretics, Jews (Shoah), and many others. The result is a threefold commentary of Romans 1 that is unique in its scope and thorough-going exegesis.

Daniel Patte is Professor Emeritus of Religious Studies, New Testament and Christianity at Vanderbilt University, USA. Among his publications are Early Jewish Hermeneutic, Paul's Faith and the Power of the Gospel, editor of Global Bible Commentary and The Cambridge Dictionary of Christianity; and he is co-editor of Romans Through History and Cultures (10 volumes).