Jesus, the Gospels, and Cinematic Imagination

Introducing Jesus Movies, Christ Films, and the Messiah in Motion 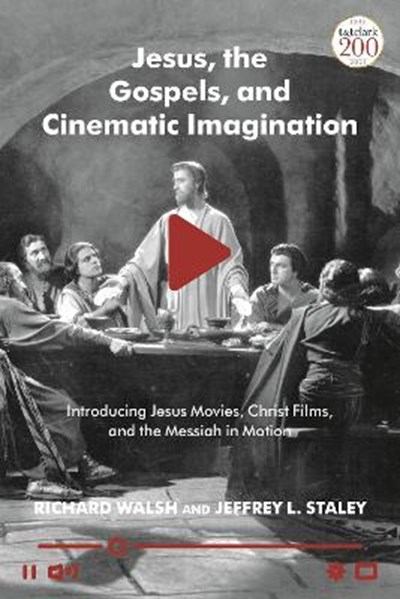 Jesus, the Gospels, and Cinematic Imagination

Introducing Jesus Movies, Christ Films, and the Messiah in Motion

QTY
Add to Basket
Publisher: Bloomsbury Publishing PLC
ISBN: 9780567693846
Number of Pages: 400
Published: 09/09/2021
Width: 15.6 cm
Height: 23.4 cm
Description Author Information Reviews
Jesus films arose with cinema itself. Richard Walsh and Jeffrey L. Staley introduce students to these films with a general overview of the Jesus film tradition and with specific analyses of 22 of its most influential exemplars, stretching from La vie du Christ (1906) to Mary Magdalene (2018). The introduction to each film includes discussion of plot, characters, visuals, appeal to authority, and cultural location as well as consideration of the director's (and/or other filmmakers') achievements and style. Several film chapters end with reflections on problematic issues bedeviling the tradition, such as cultural imperialism and patriarchy. To assist teachers and researchers, each chapter includes a listing of DVD chapters and the approximate "time" (for both DVDs and streaming platforms) at which key film moments occur. The book also includes a Gospels Harmony cataloging the time at which key gospel incidents appear in these films. Extensive endnotes point readers to other important work on the tradition and specific films. While the authors strive to set the Jesus film tradition within cinema and its interpretation, the DVD/streaming listing and the Gospels Harmony facilitate the comparison of these films to gospel interpretation and the Jesus tradition.

Richard Walsh is Womack Professor of Philosophy and Religion and Co-Director of the Honors Program at Methodist University in Fayetteville, North Carolina, USA, and is the author of Reading the Gospels in the Dark and editor of the T&T Clark Handbook of Jesus and Film. Jeffrey L. Staley is the author of numerous essays on Jesus and film, and co-founder of the SBL Bible and Film Program Unit. He taught a variety of theology and film courses for many years in the Department of Theology and Religious Studies at Seattle University, USA, and is now retired.