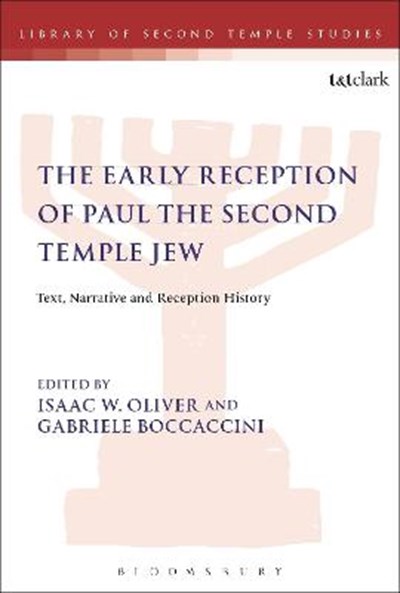 eBook FAQ
Add to Basket
Publisher: Bloomsbury Publishing PLC
ISBN: 9780567693884
Number of Pages: 344
Published: 19/03/2020
Width: 15.6 cm
Height: 23.4 cm
Description Author Information Reviews
Paul's relationship to Christianity-as a Pharisaic Jew whose moment of revelation on the road to Damascus has made him the most famous early Christian-is still a topic of great interest to scholars of early Christianity and Judaism. This collection of essays from world-renowned scholars examines how Christians of the first two centuries perceived Paul's Jewishness, and how they seized upon Paul's views on Judaism in order to advance their own claims about Christianity. The contributors offer a comprehensive examination of various early Christian views on Paul, in texts contained both in and outside of the New Testament, demonstrating how the reception of Paul's thought affected the formation of Judaism and Christianity into separate entities. Divided into five sections, the arguments focus upon Paul's reception in Ephesians, the other Deutero-Pauline Epistles, the Acts of the Apostles, Marcion of Synope and the reaction of Paul's opponents. Featuring essays from scholars including Judith Lieu, James H. Charlesworth and Harry O. Meier, this volume forms a perfect resource for scholars to reassess Paul's Jewishness and relationship with Judaism.

Isaac W. Oliver is Assistant Professor in Religious Studies at Bradley University, USA. Gabriele Boccaccini is Professor in Second Temple Judaism and Christian Origins at the University of Michigan, USA.