Ancient Letters and the Purpose of Romans

The Law of the Membrane 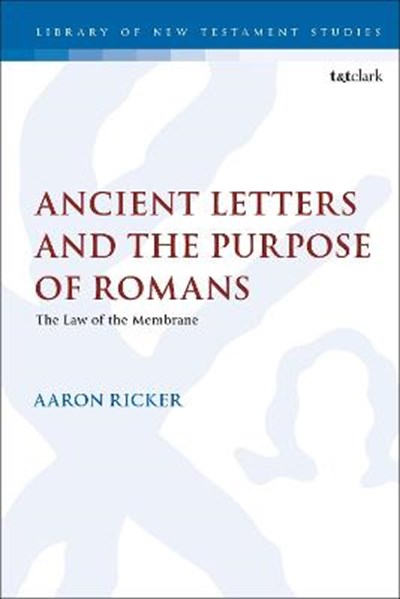 Ancient Letters and the Purpose of Romans

The Law of the Membrane

eBook FAQ
Add to Basket
Publisher: Bloomsbury Publishing PLC
ISBN: 9780567693983
Number of Pages: 200
Published: 17/09/2020
Width: 15.6 cm
Height: 23.4 cm
Description Author Information Reviews
Aaron Ricker locates the purpose of Romans in its function as a tool of community identity definition. Ricker employs a comparative analysis of the ways in which community identity definition is performed in first-century association culture, including several ancient network letters comparable to Romans. Ricker's examination of the community advice found in Rom 12-15 reveals in this new context an ancient example of the ways in which an inscribed addressee community can be invited in a letter to see and comport itself as a "proper" association network community. The ideal community addressed in the letter to the Romans is defined as properly unified and orderly, as well accommodating to - and clearly distinct from - cultures "outside." Finally, it is defined as linked to a proper network with recognised leadership (i.e., the inscribed Paul of the letter and his network). Paul's letter to the Romans is in many ways a baffling and extraordinary document. In terms of its community-defining functions and strategies, however, Ricker shows its purpose to be perfectly clear and understandable.

Aaron Ricker is a lecturer in Religious Studies at McGill University in Montreal, Canada.