Paul and Matthew Among Jews and Gentiles 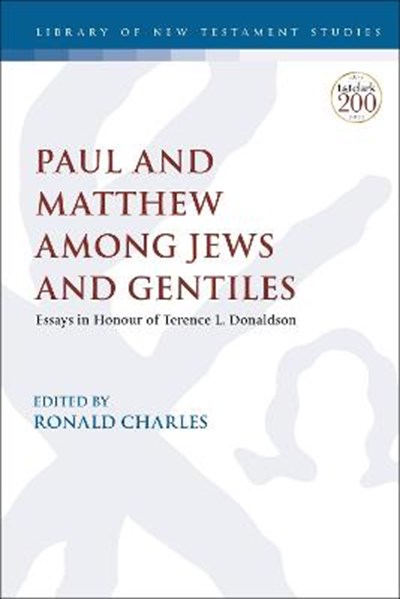 Paul and Matthew Among Jews and Gentiles

eBook FAQ
Add to Basket
Publisher: Bloomsbury Publishing PLC
ISBN: 9780567694089
Number of Pages: 208
Published: 14/01/2021
Width: 15.6 cm
Height: 23.4 cm
Description Author Information Reviews
Terence L. Donaldson's scholarship in the field of New Testament studies is vital, as he has pressed scholars to pay closer attention to the complex relations between early Christ-followers-who were mostly non-Jews-and the Jewish matrix from which the narrative of the Christian proclamation comes from. This volume allows prominent New Testament scholars to engage Donaldson's contributions, both to sharpen some of his conclusions and to honour him for his work. These essays are located at the intersections of three bodies of literature-Matthew, Paul and Second Temple Jewish Literature-and themes and questions that have been central to Donaldson's work: Christian Judaism and the Parting of the Ways; Gentiles in Judaism and early Christianity; Anti-Judaism in early Christianity. With contributions ranging from remapping Paul within Jewish ideologies, and Paul among friends and enemies, to socio-cultural readings of Matthew, and construction of Christian Identity through stereotypes of the Scribes and Pharisees, this book provides a multi-scholar tribute to Donaldson's accomplishments.