Jesus as Mirrored in John

The Genius in the New Testament 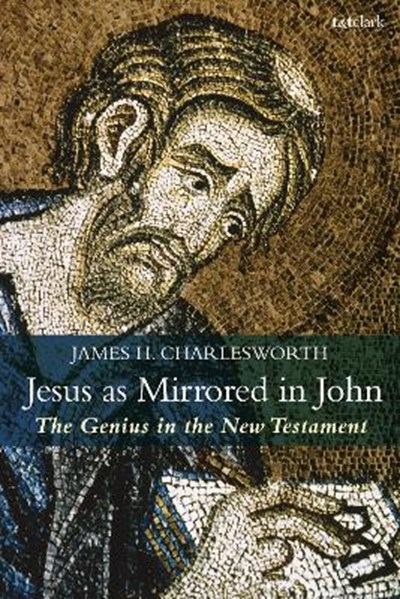 Jesus as Mirrored in John

The Genius in the New Testament

eBook FAQ
Add to Basket
Publisher: Bloomsbury Publishing PLC
ISBN: 9780567694874
Number of Pages: 624
Published: 09/07/2020
Width: 15.6 cm
Height: 23.4 cm
Description Author Information Reviews
James H. Charlesworth begins from a burgeoning point of scholarly consensus: More and more scholars are coming to recognize that the Fourth Gospel is more historically complex than previously thought. Charlesworth outlines two historical horizons within John. On the one hand, there is the Jewish background to the text (complete with the evangelist's knowledge of Palestinian geography and Jewish customs) which Charlesworth perceives as offering a window into pre-70 Palestinian Judaism. On the other hand, the gospel also reflects a post-70 world in which non-believing Jews, with more unity, begin to part definitely with those who identified Jesus as the Messiah. Split into four sections, this volume first examines the origins of the Fourth Gospel, its evolution in several editions, and its setting in Judea and Galilee. Charlesworth then looks specifically at the figure of Jesus and issues of history. He proceeds to consider this Gospel alongside earlier and contemporaneous Jewish literature, most notably the Dead Sea Scrolls. Finally, the volume engages with John's symbolism and language, looking closely at key aspects in which John differs from the Synoptic Gospels, and raising such provocative questions as whether or not it is possible that Jesus married Mary Magdalene. From one of the New Testament's most noted scholars, this book allows deeper understanding of the ways in which the Gospel of John is a vital resource for understanding both the origin of Christianity and Jesus' position in history.