Pseudepigraphal Letters to the Thessalonians 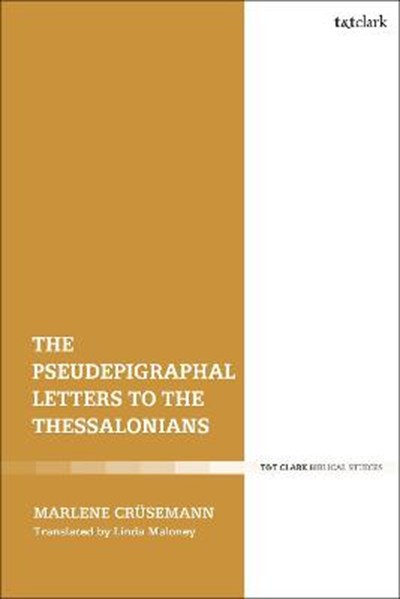 Pseudepigraphal Letters to the Thessalonians

eBook FAQ
Add to Basket
Publisher: Bloomsbury Publishing PLC
ISBN: 9780567694881
Number of Pages: 376
Published: 09/07/2020
Width: 15.6 cm
Height: 23.4 cm
Description Author Information Reviews
Marlene Crusemann examines the Thessalonian letters in the context of Jewish-Christian social history; building upon her analysis of 1 Thessalonians, Crusemann comes to the conclusion that it is post-apostolic epistolary communication, and questions whether it is a letter of Paul and indeed whether it is an early letter. This analysis in turn adds weight to the thesis, propounded by some previous scholars, that the letter is somewhat out of place and may be a later work by another author. Crusemann subsequently illustrates that 2 Thessalonians, by contrast, revokes the far-reaching social separation from Judaism that characterizes 1 Thessalonians, and thus aims socio-historically at a solidarity with the entire Jewish people. Analysing the concept of the Jews as supposed enemy, the future of the Greek gentile community, and the relationship between the two letters, Crusemann concludes that the discussion about a "divergence of the ways of Christians and Jews" in early Christian times needs to be realigned.

Marlene Crusemann is an independent New Testament scholar based in Germany. She is one of the editors of Bible in Fair Language (2007). Linda Maloney currently works at College of Saint Benedict and Saint John's University, USA.