Reading Hebrews and 1 Peter with the African American Great Migration 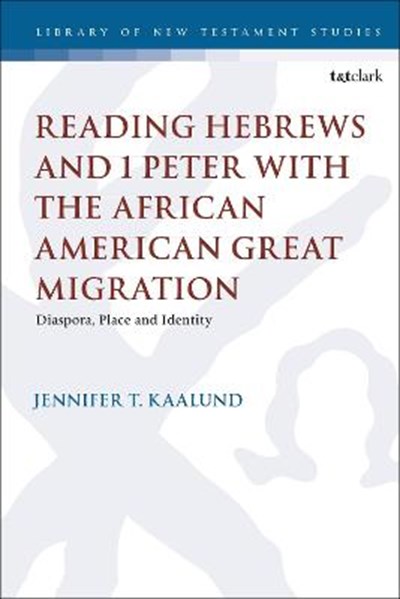 Reading Hebrews and 1 Peter with the African American Great Migration

eBook FAQ
Add to Basket
Publisher: Bloomsbury Publishing PLC
ISBN: 9780567694898
Number of Pages: 176
Published: 09/07/2020
Width: 15.6 cm
Height: 23.4 cm
Description Author Information Reviews
Kaalund examines the constructed and contested Christian-Jewish identities in Hebrews and 1 Peter through the lens of the "New Negro," a diasporic identity similarly constructed and contested during the Great Migration in the early 20th century. Like the identity "Christian," the New Negro emerged in a context marked by instability, creativity, and the need for a sense of permanence in a hostile political environment. Upon examination, both identities also show complex internal diversity and debate that disrupts any simple articulation as purely resistant (or accommodating) to its hegemonic and oppressive environment. Kaalund's investigation into the construction of the New Negro highlights this multiplicity and contends that the rhetoric of place, race, and gender were integral to these processes of inventing a way of being in the world that was seemingly not reliant on one's physical space. Putting these issues into dialogue with 1 Peter and Hebrews allows for a reading of the formation of Christian identity as similarly engaging the rhetoric of place and race in constructive and contested ways.