Cyprus Within the Biblical World 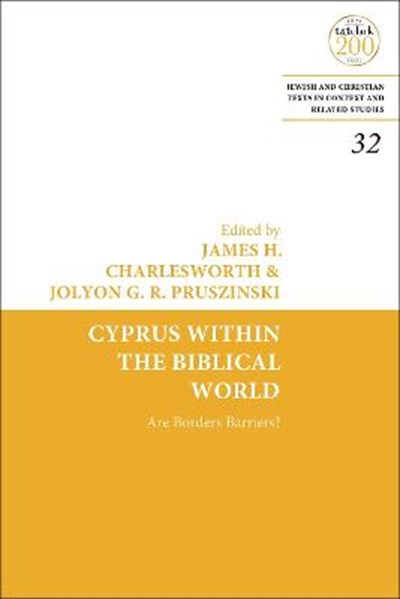 Cyprus Within the Biblical World

eBook FAQ
Add to Basket
Publisher: Bloomsbury Publishing PLC
ISBN: 9780567694904
Number of Pages: 256
Published: 25/03/2021
Width: 15.6 cm
Height: 23.4 cm
Description Author Information Reviews
This volume moves discussion of ancient Israelite culture beyond concepts of isolation and borders, factoring in already well-known insights from classical studies and ancient history that take greater account of the impressive connections between all the countries bordering the Mediterranean Sea. Specifically, the contributors focus on Cyprus and the Bible and offer archaeological and biblical insights to consider how and in what ways, Cyprus and Cypriot culture was related to biblical life and perceptions. Though the Mediterranean separated Palestine from Cyprus, it also joined them; archaeological finds expose significant trade relations and cultural commonalities, not only in the Hellenistic and late-Roman eras, but for many centuries prior. These relations developed and became even more intimate in the later biblical period, as evidenced by early Jewish and Christian writings. By exploring various methods of cultural contact, the contributors suggest that further examination of cultural links between Cyprus and Palestine in the biblical period can repay dividends in understanding the development of ancient Israelite religion, early Judaism, and early Christianity.

James H. Charlesworth is George L. Collord Professor of New Testament Language and Literature Emeritus and Director and Editor of the Princeton Dead Sea Scrolls Project, Princeton, USA. Jolyon G. R. Pruszinski is a Lecturer in the Departments of History and Religion at Princeton University, USA.