Use and Function of Scripture in 1 Maccabees 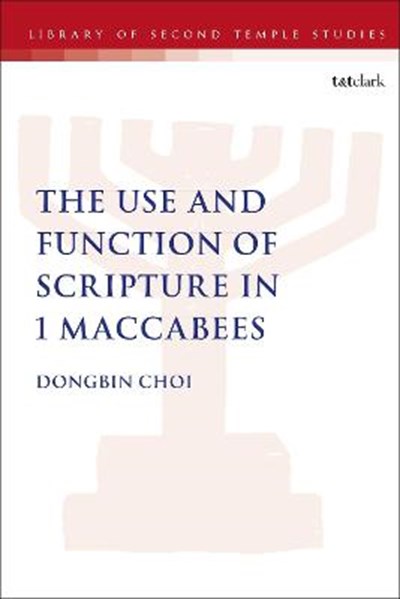 Use and Function of Scripture in 1 Maccabees

QTY
Add to Basket
Publisher: Bloomsbury Publishing PLC
ISBN: 9780567695420
Number of Pages: 288
Published: 15/10/2020
Width: 15.6 cm
Height: 23.4 cm
Description Author Information Reviews
Dongbin Choi offers a philological and thematic analysis on the scriptural language in the book of 1 Maccabees, a text that is written with a linguistic technique that utilizes earlier Jewish texts in order to promote the religiopolitical agendas of its author. Choi engages in the dialogue between the traditional view that treats 1 Maccabees as a religious writing, and the radical view that considers it as political propaganda. Choi suggests that the author of 1 Maccabees deploys scriptural language in such a nuanced way that he both promotes the legitimacy of the Hasmonean rule in Judea under John Hyrcanus I, and shows his appreciation of conservative Jewish sensitivity toward their traditions relating to Deuteronomic covenant, biblical judges, and Jewish messianism. By discussing past scholarly literature on the use and function of Scripture in 1 Maccabees, analyzing various literary, political, and cultural aspects that influenced the creation of the text, and finally exploring philological and conceptual parallels between Scripture and 1 Maccabees and the use of Scripture in the eulogies of the Hasmoneans, Choi has created a singular reinterpretation of both text and author.

Dongbin Choi graduated with a PhD from the University of Nottingham, UK.