First World War and the Mobilization of Biblical Scholarship 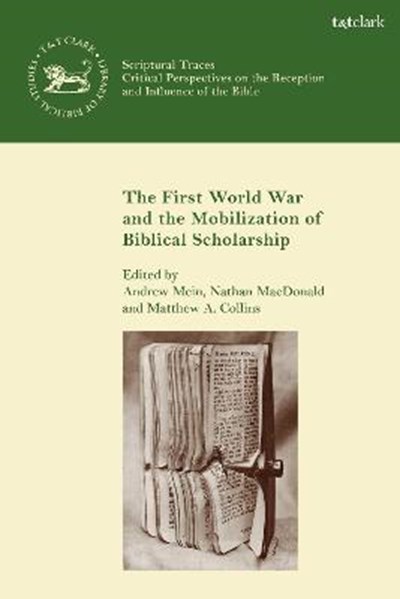 First World War and the Mobilization of Biblical Scholarship

eBook FAQ
Add to Basket
Publisher: Bloomsbury Publishing PLC
ISBN: 9780567695482
Number of Pages: 320
Published: 23/07/2020
Width: 15.6 cm
Height: 23.4 cm
Description Author Information Reviews
This fascinating collection of essays charts, for the first time, the range of responses by scholars on both sides of the conflict to the outbreak of war in August 1914. The volume examines how biblical scholars, like their compatriots from every walk of life, responded to the great crisis they faced, and, with relatively few exceptions, were keen to contribute to the war effort. Some joined up as soldiers. More commonly, however, biblical scholars and theologians put pen to paper as part of the torrent of patriotic publication that arose both in the United Kingdom and in Germany. The contributors reveal that, in many cases, scholars were repeating or refining common arguments about the responsibility for the war. In Germany and Britain, where the Bible was still central to a Protestant national culture, we also find numerous more specialized works, where biblical scholars brought their own disciplinary expertise to bear on the matter of war in general, and this war in particular. The volume's contributors thus offer new insights into the place of both the Bible and biblical scholarship in early 20th-century culture.