Physiognomy as a Strategy of Persuasion in Early Christian Discourse 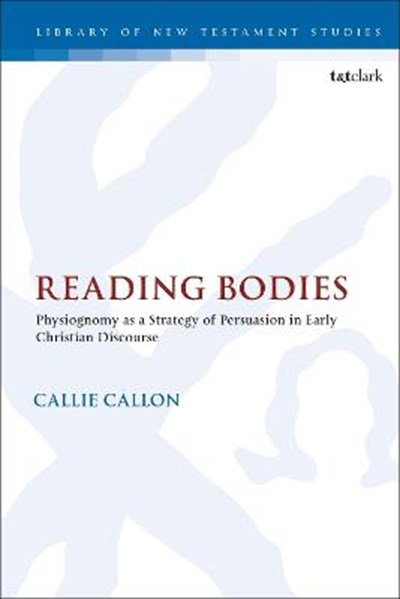 Physiognomy as a Strategy of Persuasion in Early Christian Discourse

eBook FAQ
Add to Basket
Publisher: Bloomsbury Publishing PLC
ISBN: 9780567695499
Number of Pages: 184
Published: 23/07/2020
Width: 15.6 cm
Height: 23.4 cm
Description Author Information Reviews
Callie Callon investigates how some early Christian authors utilized physiognomic thought as rhetorical strategy, particularly with respect to persuasion. Callon shows how this encompassed denigrating theological opponents and forging group boundaries (invective against heretics or defence of Christians), self-representation to demonstrate the moral superiority of early Christians to Greco-Roman outsiders, and the cultivation of collective self-identity. The work begins with an overview of how physiognomy was used in broader antiquity as a component of persuasion. Callon then examines how physiognomic thought was employed by early Christians and how physiognomic tropes were employed to "prove" their orthodoxy and moral superiority. Building on the conclusions of the earlier chapters, Callon then focuses on the representation of the physiognomies of early Christian martyrs, before addressing the problem of the acceptance or even promotion of the idea of a physically lacklustre Jesus by the same authors who otherwise utilize traditional physiognomic thought.

Callie Callon is an Assistant Professor at the University of St. Michael's College, Canada.