Construction of Gender and Identity in Genesis

The Subject and the Other 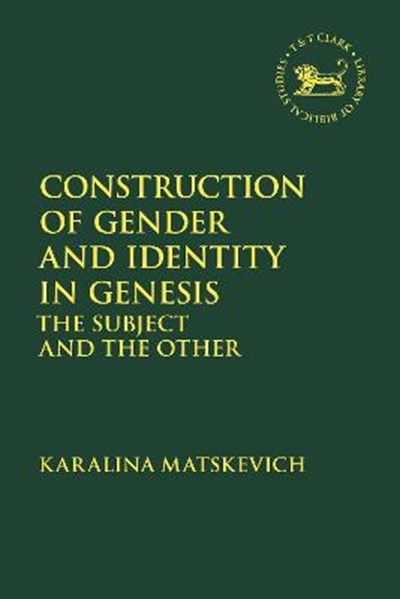 Construction of Gender and Identity in Genesis

The Subject and the Other

eBook FAQ
Add to Basket
Publisher: Bloomsbury Publishing PLC
ISBN: 9780567695512
Number of Pages: 248
Published: 23/07/2020
Width: 15.6 cm
Height: 23.4 cm
Description Author Information Reviews
Karalina Matskevich examines the structures that map out the construction of gendered and national identities in Genesis 2-3 and 12-36. Matskevich shows how the dominant 'Subject' - the androcentric ha'adam and the ethnocentric Israel - is perceived in relation to and over against the 'Other', represented respectively as female and foreign. Using the tools of narratology, semiotics and psychoanalysis, Matskevich highlights the contradiction inherent in the project of dominance, through which the Subject seeks to suppress the transforming power of difference it relies on for its signification. Thus, in Genesis 2-3 ha'adam can only emerge as a complex Subject in possession of knowledge with the help of woman, the transforming Other to whom the narrator (and Yahweh) attributes both the agency and the blame. Similarly, the narratives of Genesis 12-36 show a conflicted attitude to places of alterity: Egypt, the fertile and seductive space that threatens annihilation, and Haran, the 'mother's land', a complex metaphor for the feminine. The construction of identity in these narratives largely relies on the symbolic fecundity of the Other.

Karalina Matskevich is a Lecturer at Heythrop College in London, UK.