Bible in Crime Fiction and Drama 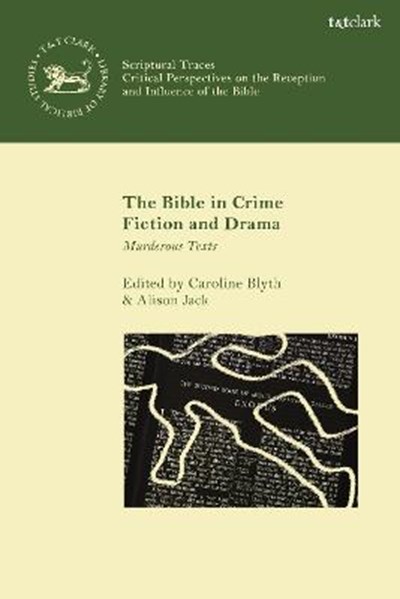 Bible in Crime Fiction and Drama

eBook FAQ
Add to Basket
Publisher: Bloomsbury Publishing PLC
ISBN: 9780567695536
Number of Pages: 208
Published: 23/07/2020
Width: 15.6 cm
Height: 23.4 cm
Description Author Information Reviews
The Bible has always enjoyed notoriety within the genres of crime fiction and drama; numerous authors have explicitly drawn on biblical traditions as thematic foci to explore social anxieties about violence, religion, and the search for justice and truth. The Bible in Crime Fiction and Drama brings together a multi-disciplinary scholarship from the fields of biblical interpretation, literary criticism, criminology, and studies in film and television to discuss international texts and media spanning the beginning of the 20th century to the present day. The volume concludes with an afterword by crime writer and academic, Liam McIvanney. These essays explore both explicit and implicit engagements between biblical texts and crime narratives, analysing the multiple layers of meaning that such engagements can produce - cross-referencing Sherlock Holmes with the murder mystery in the Book of Tobit, observing biblical violence through the eyes of Christian fundamentalists in Henning Mankell's Before the Frost, catching the thread of homily in the serial murders of Se7en, or analysing biblical sexual violence in light of television crime procedurals. The contributors also raise intriguing questions about the significance of the Bible as a religious and cultural text - its association with the culturally pervasive themes of violence, (im)morality, and redemption, and its relevance as a symbol of the (often fraught) location that religion occupies within contemporary secular culture.