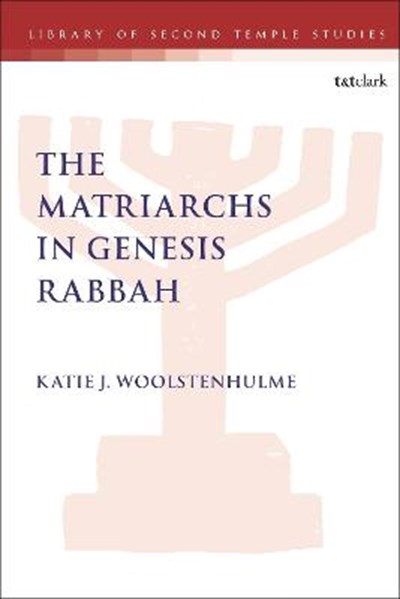 eBook FAQ
Add to Basket
Publisher: Bloomsbury Publishing PLC
ISBN: 9780567695734
Number of Pages: 296
Published: 24/12/2020
Width: 15.6 cm
Height: 23.4 cm
Description Author Information Reviews
Katie J. Woolstenhulme considers the pertinent questions: Who were 'the matriarchs', and what did the rabbis think about them? Whilst scholarship on the role of women in the Bible and Rabbinic Judaism has increased, the authoritative group of women known as 'the matriarchs' has been neglected. This volume consequently focuses on the role and status of the biblical matriarchs in Genesis Rabbah, the fifth century CE rabbinic commentary on Genesis. Woolstenhulme begins by discussing the nature of midrash and introducing Genesis Rabbah; before exploring the term 'the matriarchs' and its development through early exegetical literature, culminating in the emergence of two definitions of the term in Genesis Rabbah - 'the matriarchs' as the legitimate wives of Israel's patriarchs, and 'the matriarchs' as a reference to Jacob's four wives, who bore Israel's tribal ancestors. She then moves to discuss 'the matriarchal cycle' in Genesis Rabbah with its three stages of barrenness; motherhood; and succession. Finally, Woolstenhulme considers Genesis Rabbah's portrayal of the matriarchs as representatives of the female sex, exploring positive and negative rabbinic attitudes towards women with a focus on piety, prayer, praise, beauty and sexuality, and the matriarchs' exemplification of stereotypical, negative female traits. This volume concludes that for the ancient rabbis, the matriarchs were the historical mothers of Israel, bearing covenant sons, but also the present mothers of Israel, continuing to influence Jewish identity.