The Gospel of John in Historical Inquiry 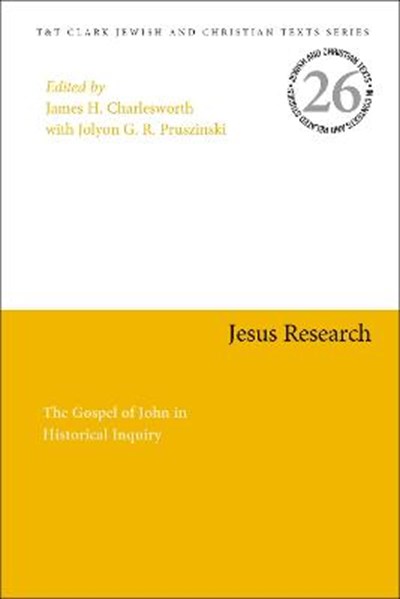 The Gospel of John in Historical Inquiry

eBook FAQ
Add to Basket
Publisher: Bloomsbury Publishing PLC
ISBN: 9780567696113
Number of Pages: 392
Published: 20/08/2020
Width: 15.6 cm
Height: 23.4 cm
Description Author Information Reviews
Most experts who seek to understand the historical Jesus focus only on the Synoptic Gospels of Mark, Matthew and Luke. However, the contributors of this volume come to an important consensus: that the Gospel of John preserves traditions that are independent of the Synoptics, and which are often as reliable as any known traditions for understanding the historical Jesus. As such, the contributors argue for the use of John's Gospel in Jesus research. The volume contains various critical approaches to historical inquiry in the Gospel of John, including new evaluations of the relationship between John and the Synoptics, literary and rhetorical approaches, comparative analysis of other early traditions, the judicious use of archaeological data, and historical interpretation of John's theological tendencies. Contributing scholars include Dale C. Allison, Jr., Paul N. Anderson, Harold W. Attridge, James H. Charlesworth, R. Alan Culpepper, Michael A. Daise, Craig S. Keener, George L. Parsenios, Petr Pokorny, Jan Roskovec, and Urban C. von Wahlde, who help to reassess fully the historical study of John's gospel, particularly with respect to the person of Jesus.