Lukan Soteriology, Atonement, and the Victory of Christ 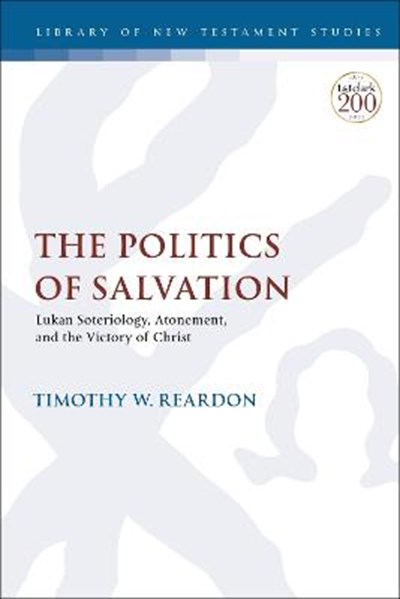 Lukan Soteriology, Atonement, and the Victory of Christ

eBook FAQ
Add to Basket
Publisher: Bloomsbury Publishing PLC
ISBN: 9780567696595
Number of Pages: 264
Published: 28/01/2021
Width: 15.6 cm
Height: 23.4 cm
Description Author Information Reviews
Timothy W. Reardon uncovers thesalvation narrative developed within Luke-Acts and its key themes as they develop within the Lukan presentation of time and space, while being attentive to overcoming a facile compartmentalization of religion and politics. Reardon argues that Luke-Acts offers a complete, holistic, embodied, and theopolitical soteriology, cosmic in scope, that includes both the what and how of salvation. In contrast to recent arguments for some form of vicarious expiation in Luke-Acts, Reardon instead suggests that Luke-Acts' presentation of salvation - though exhibiting elements of multiple atonement models - noticeably takes a Christus Victor form, using Irenaeus's Christus Victorparadigm in particular as a point of comparison. Throughout this book, Reardon repeatedly demonstrates that Lukan soteriology is political, examining Jesus' role as herald of God's kingdom, the salvific space of heaven and the Church, and the mission of salvation. Reardon concludes that Luke-Acts is a theopolitical salvation unfolding in space, aiming toward the reconciliation of all things.