Religious Experience and the Creation of Scripture

Examining Inspiration in Luke-Acts and Galatians 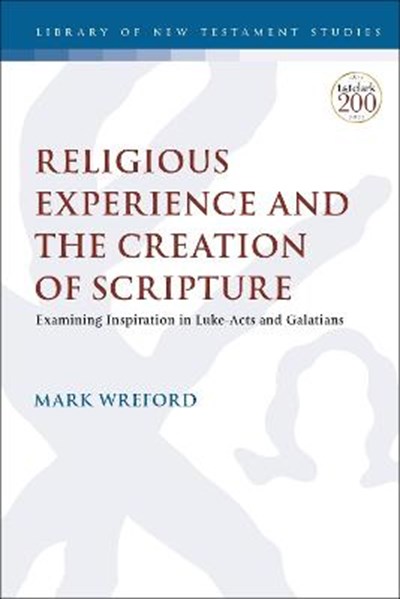 Religious Experience and the Creation of Scripture

Examining Inspiration in Luke-Acts and Galatians

eBook FAQ
Add to Basket
Publisher: Bloomsbury Publishing PLC
ISBN: 9780567696632
Number of Pages: 224
Published: 25/02/2021
Width: 15.6 cm
Height: 23.4 cm
Description Author Information Reviews
This volume examines the reasons that prompted the New Testament writers to create the texts which would become the formation of the Christian religion, exploring the possibility that certain religious experiences were understood as revelatory, and consequently inspired the writing of texts which were seen as special from their inception. Mark Wreford uses Luke-Acts and Galatians as test-cases within the New Testament, reflecting both on the stated importance of religious experiences - whether the author's own or others' - to the development of these texts, and the status the texts claim for themselves. Wreford suggests that Luke-Acts offers a helpful example of the relationship between religious experience and the creation of Scripture, as an extensive narrative which reflects on early Christian claims to Spirit-inspired witness and which begins with an explicit authorial statement of purpose. Similarly, in Galatians, Paul's autobiographical account of God's revelation of Christ to him is the foundation of a letter that is intended to play an authoritative role in shaping its addressees' own faith and practice. Wreford argues that religious experiences are presented as the driving force behind the creation of the texts, examining how such religious experience links with notions of scripture and canonicity. He then asserts that both Luke and Paul understood themselves to be creating new scriptural writings on the basis of their relationship to new religious experiences, citing the experience and speech at Pentecost, the inclusion of gentiles in the experience, and Paul's own conversion experience as key elements behind the self-understanding of these New Testament authors.

Mark Wreford is an ordinand in the Church of England in the diocese of Southwell and Nottingham, UK.