Invention of the Inspired Text

Philological Windows on the Theopneustia of Scripture 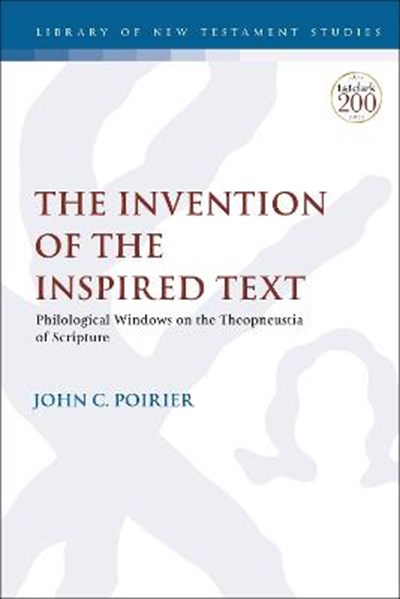 Invention of the Inspired Text

Philological Windows on the Theopneustia of Scripture

eBook FAQ
Add to Basket
Publisher: Bloomsbury Publishing PLC
ISBN: 9780567696731
Number of Pages: 272
Published: 25/02/2021
Width: 15.6 cm
Height: 23.4 cm
Description Author Information Reviews
John C. Poirier examines the "theopneustic" nature of the Scripture, as a response to the view that "inspiration" lies at the heart of most contemporary Christian theology. In contrast to the traditional rendering of the Greek word theopneustos as "God-inspired" in 2 Tim 3:16, Poirier argues that a close look at first- and second-century uses of theopneustos reveals that the traditional inspirationist understanding of the term did not arise until the time of Origen in the early third century CE, and that in every pre-Origen use of theopneustos the word instead means "life-giving." Poirier thus conducts a detailed investigation of theopneustos as it appears in the fifth Sibylline Oracle, the Testament of Abraham, Vettius Valens, Pseudo-Plutarch (Placita Philosophorum), and Pseudo-Phocylides, all of whom understand the word to mean "life-giving." He also studies the use of the cognate term theopnous in Numenius, the Corpus Hermeticum, on an inscription at the Great Sphinx of Giza, and on an inscription at a nymphaeum at Laodicea on the Lycus. Poirier argues that a rendering of "life-giving" also fits better within the context of 2 Tim 3:16, and that this meaning survived late enough to figure in a fifth-century work by Nonnus of Panopolis. He further traces the pre-Origen use of theopneustos among the Church Fathers. Poirier concludes by addressing the implication of rethinking the traditional understanding of Scripture, stressing that the lack of "God-inspired" scripture ultimately does not affect the truth status of the gospel as preached by the apostles.

John C. Poirier is an independent scholar based in Germantown, Ohio, USA.