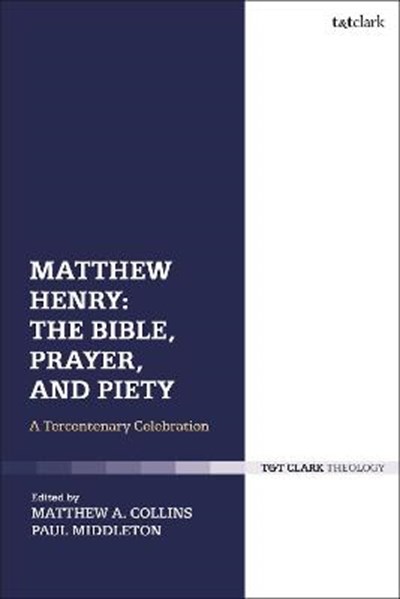 eBook FAQ
Add to Basket
Publisher: Bloomsbury Publishing PLC
ISBN: 9780567698179
Number of Pages: 304
Published: 26/11/2020
Width: 15.6 cm
Height: 23.4 cm
Description Author Information Reviews
Three hundred years after his death, Matthew Henry (1662-1714) remains arguably the best known expositor of the Bible in English, due largely to his massive six-volume Exposition of the Old and New Testaments. However, Henry's famous commentary is by no means the only expression of his engagement with the Scriptures. His many sermons and works on Christian piety - including the still popular Method for Prayer - are saturated with his peculiarly practical approach to the Bible. To mark the tercentenary of Henry's death, Matthew A. Collins and Paul Middleton have brought together notable historians, theologians, and biblical scholars to celebrate his life and legacy. Representing the first serious examination of Henry's body of work and approach to the Bible, Matthew Henry: The Bible, Prayer, and Piety opens a scholarly conversation about the place of Matthew Henry in the eighteenth-century nonconformist movement, his contribution to the interpretation of the Bible, and his continued legacy in evangelical piety.